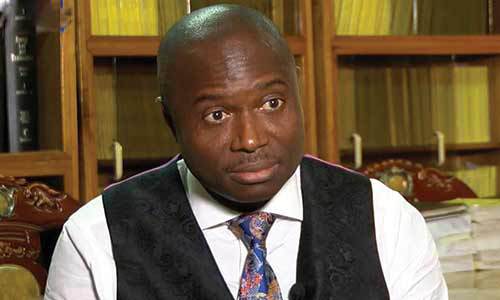 In 2016, Nigerians were treated to a funny but shocking drama when the appropriation bill, otherwise known as budget, was declared missing. It was a national embarrassment as the Presidency and National Assembly traded blames on what led to the opprobrium.
A similar situation is what we have observed in the unfolding story of the reported clearance of Lagos lawyer, Mr. Kunle Ogunba, by the Nigerian Bar Association (NBA) with regard to a petition written against the former by Honeywell Group.
Context: Honeywell Group is in an ongoing legal battle with Ecobank Nigeria Limited, with Kunle Ogunba representing Ecobank as lead counsel. In the course of the matter, Honeywell wrote two (2) separate petitions against Mr. Kunle Ogunba to the Legal Practitioners’ Privileges Committee (LPPC) and the Nigerian Bar Association (NBA), respectively.  In the petitions, Honeywell accused Mr. Ogunba of professional misconduct through “institution of multiplicity of proceedings before different judges of the Federal High Court on the same subject-matter, with the deliberate aim of abusing the process of Court and derailing the course of Justice.”
At the end of its review, the LPPC found Mr. Ogunba culpable and subsequently stripped him of the rank of Senior Advocate of Nigeria (SAN). On the other hand, it has also been reported that NBA cleared Mr. Ogunba of professional misconduct at the end of its own review.
The Issue is while the LPPC’s report (issued 17th January, 2018) conveying the withdrawal of Mr. Ogunba’s SAN’s rank is publicly available, the purported clearance by the NBA remains somewhat elusive; at least, based on outcome of investigations conducted by the company. In fact, investigations further revealed that the petitioner, Honeywell Group, is yet to receive a copy of the purported NBA letter (or letters) conveying Mr. Ogunba’s clearance.
So where is the formal letter conveying the exoneration of Mr. Ogunba by the NBA as reported in some sections of the media? Is it also missing like the 2016 Nigerian budget?
The Elusive Clearance and Unanswered Questions
In fact, it will interest the readers to know that, based on reports, the NBA has cleared Mr. Ogunba twice with regard to Honeywell’s petition; begging the questions: why will a clearance be issued twice in one matter?  Did NBA really investigate the matter twice?
Readers may also recall that report suggested that Mr. Ogunba was initially cleared by the NBA on the 5th of August, 2016. However, investigations revealed that it was on the 26thof October, 2016 that NBA wrote to Honeywell conveying Mr. Ogunba’s response to Honeywell’s petition; with Honeywell sending a rejoinder to Mr. Ogunba’s response to the NBA on the 23rd of November 2016. The question also follows: why will the NBA request for Honeywell’s rejoinder to Mr. Ogunba’s response on the 26th of October 2016 if it (NBA) had already cleared Mr. Ogunba on the 5th of August 2016? There is definitely a discrepancy in this process which the NBA will need to address.
A second clearance has now been reportedly issued to Mr. Ogunba by the NBA. Reports said the clearance was issued on the 20th of February, 2018. Questions also arise here: On what basis did the NBA exonerate Mr. Ogunba this second time? Was it based on outcome of the purported 5th of August, 2016 clearance or did the NBA conduct new investigations and review? If it conducted fresh investigations and review, did the NBA involve the petitioner?
The imperative of NBA’s clarification
Obviously, there are questions requiring the NBA’s hurried attention and clarifications here. For one thing, a prestigious and eminent professional association like the NBA cannot afford to be enmeshed in such unnecessary quagmire.
If there has been an exoneration of Mr. Kunle Ogunba, the NBA needs to be more frontal about it. From investigations, it is clear that Honeywell Group, the petitioner, is yet to receive formal notification from the NBA on the status of its petition or the purported clearance. From all indications available, Honeywell has only learnt of the two purported clearances of Mr. Ogunba from the pages of newspapers.
Truth be told, the current dilemma does not speak well of the NBA, as it may suggest that the NBA is ‘hiding something’ or perhaps ‘protecting its own’.
The ultimate objective of the NBA is to promote the rule of law, which in itself presupposes the need for transparency and probity in all its dealings and activities. As the legal maxim goes, “justice should not only be done, but should manifestly and undoubtedly be seen to be done.”
Uncategorized