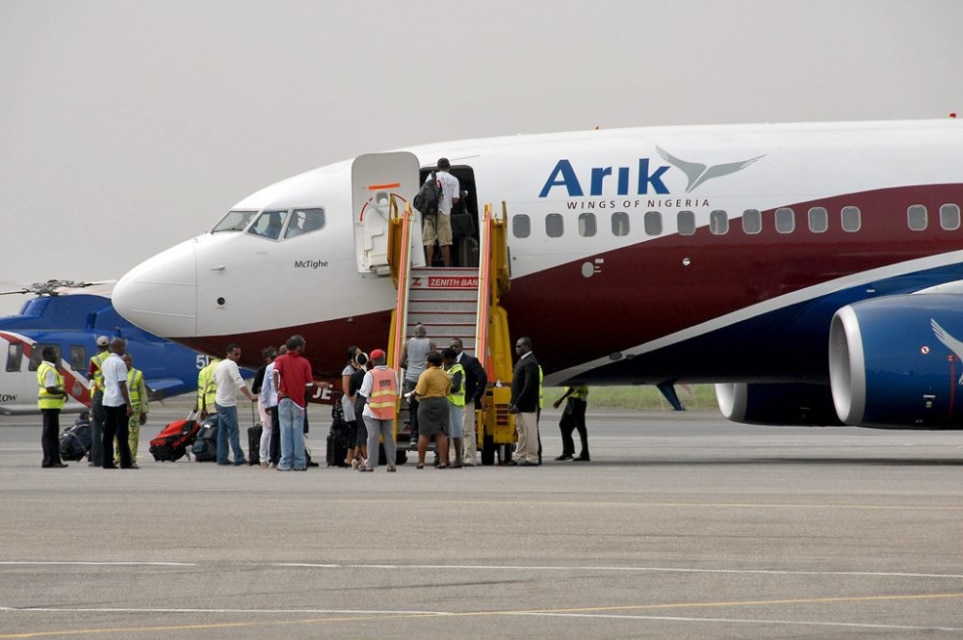 “I boarded Arik air flight W3304 to Accra on Tuesday 06/03/2018. The name of the aircraft is STEPHEN. It was a Dash 8 NextGen propeller aircraft. The flight took off precisely 7.20pm (Lagos time)

“35 minutes into the 55 minutes flight, I started perceiving something smelling like a burning stuff. Shortly after the guy sitting next to me asked if I perceived any smell of burning stuff and that confirmed my worst fears. Before you could say jack, smoke has filled the cabin. The air hostesses were busy scampering around opening the cabins and the lavatories to check if they could trace the source of the smoke without success.

“While that continued, the oxygen masks that were always being advertised during the safety demo prior to take-off couldn’t be released instead we were handed tissue papers (otherwise called serviets) to use to cover our noses to minimize and filter out possible carbon monoxide inhalation.

At that point we knew that our lives were only in God’s hands. Everyone prayed to his/her Gods.

“To the glory of God, the flight successfully landed by 8.15pm (7.15pm Accra time) to the waiting of several fire service trucks at Kotoko International Airport, Accra.

“We were evacuated into a waiting bus with instruction to leave everything behind in the cabin. Sadly there was no Arik official to address us neither was there any manner of first aid attention given to the passengers to manage stress and possible elevated blood pressures

“After a while our cabin luggage were brought to us and we had to leave from there to go through the Ghana immigration to our individual destinations.

I’m highly discouraged that this near crash major incident was not reported in the media 2 days after ( 08/03/2018) and I suspect a cover up by Arik and the authorities. So I have chosen to use the social media to ensure this news gets out”.