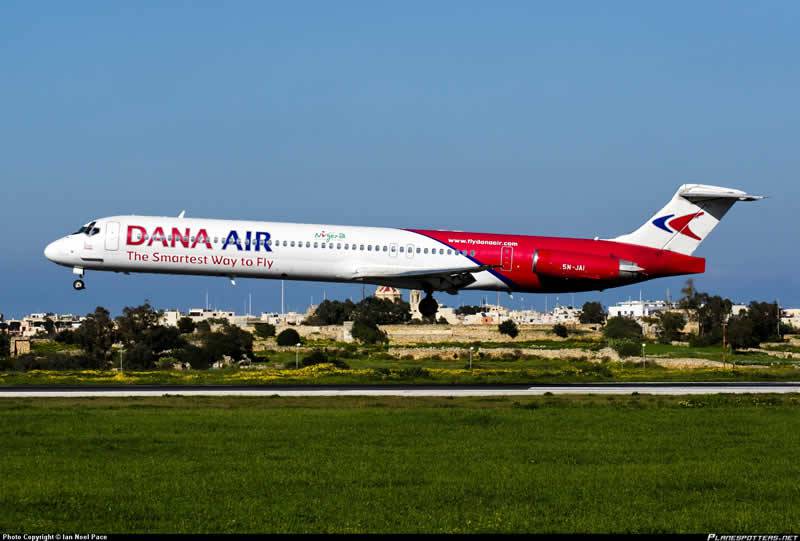 Dana Air has announced that lovers of the Nigerian Professional Football League teams will stand a chance of winning return air tickets at the rescheduled first leg encounter between Akwa United and Heartland FC on 21st March, in Uyo the Akwa Ibom State capital.

According to Dana Air’s Media and Communications Manager, Kingsley Ezenwa, the initiative is to encourage more people to follow the Nigerian league teams and also encourage them to visit the venues of these matches to cheer the teams to victory.

‘’We are trying to encourage more people to follow our Nigerian teams, players, and also visit the venue of these matches to cheer their teams to victory. So we shall be giving out return tickets to lucky football fans and spectators at the Godswill Akpabio International Stadium in Uyo and during the return leg in Owerri.”

He said gate receipt is one of the ways teams in the EPL achieve self-sustainability, because the teams use the proceeds plus sponsorship to create a conducive environment for the fans to come watch, promote their activities and most of all, maintain their facilities and pitches to make them better for the players to play good football.  So we should support the teams by way of going to watch these matches and waving their banners.’’

Speaking further, Kingsley said, ‘we are also going to be promoting the match on all our social media platforms and fans can also win tickets and loads of other prizes when they participate in the predict and win competition.

”This is one of the many initiatives and incentives that will come as a result of our commitment to developing the Nigerian Football league and our sponsorship of these two Nigerian professional league sides.’’

Dana Air has been keeping to its commitment to developing and supporting the Nigerian Professional Football League, and recently flew Akwa United as the team headed to Tunisa for its continental engagement.

The airline is one of Nigeria’s leading airlines and the first and only domestic airline to have taken such initiative to support the Nigerian League players and Clubs.