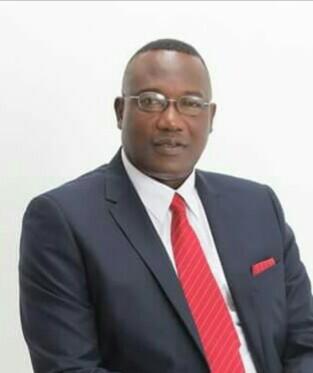 An Iraqi war veteran of the US Army, Col.Wisdom Osagiede Ogbeowemwenkon Osemwende (rtd) has called on all Nigerians of Edo origin to join hands with His Royal Majesty,  Oba of Benin, Ewuare11 to harness the benefits of culture to empower youths.

He said there is a lot for the society as a whole to learn by taking heed to the Oba’s admonition and counsel,  targeted at the youths as this is a sure way for them to take their proper place in the society as leaders of tomorrow.

Col. Osemwende (rtd) in a statement in Benin City at the unveiling of a billboard at the Kings Square in support of the strides by the Oba of Benin for youths, said all ongoing efforts of the Oba of Benin are genuine efforts that are bound to create jobs and gainfully employ the youths.

“This will not only reduce Crimes and criminality in all its forms,  it will also alleviate poverty and squalor and go a long way to restore the pride of Edo”.

The former military officer said: “It behoves on us as subjects/citizens, politicians and government appointees to constantly imbibe in our people the need to respect our culture which teaches values, respect for our elders, traditions, tolerance and mutual respect.”

Col.  Osemwende (rtd) was full of praises for the Oba of Benin especially with regard to the three months allowances, the Oba Ewuare II Foundation recently gave to tens of returnee Nigerian youths from Libya.

He said that the foundation’s action in providing the necessary tools/facilities for those who had gone through the various skills acquisition programmes was an added incentive which deserves commendation.

Osemwende has over 27 years of progress  experience in the United States Army which he joined in 1987 and was involved in worldwide civil military operations, humanitarian affairs, National Defence, National Security, chemical operations/defence.

He was also involved in psychological operations, economic development, public policy and administration, and security cooperation/management around the world for the US Army.

Recall that His Royal Majesty, Ewuare II, Oba of Benin last week offered the sum of twenty thousand naira to each of the 78 Libya returnees who paid him a courtesy visit in his Palace in Benin City.

His Royal Majesty, Ewuare II, Oba of Benin added that the financial assistance which will be for three months is for their upkeep and to  enable them settle down without much difficulties.

The Oba of Benin said the Oba Ewuare II Foundation would also support the
youths to establish a trade that they have learnt, especially since they returned from Libya.

His Royal Majesty condemned the youths’ penchant act for travelling illegally through the Sahara Desert and across the Mediterranean Sea to Europe, pointing out that it has brought disrepute to the state.

The Omo N’Oba also condemned the craze for quick wealth among youths which is responsible for increasing rate of human trafficking and other crimes in the society.

The Oba advised the returnees to channel their youthful energies into more meaningful ventures that will benefit society like agriculture, art and craft, tourism and hospitality, event management, interior and exterior decoration, among others.