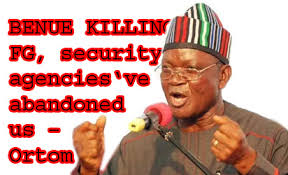 In continuation by the herdsmen to reduce the population of Benue people to the barest minimum, at least 22 more persons have been reportedly killed again by suspected herdsmen on Wednesday.

The attackers were said to have struck a community in Guma around 6am today.

Dickson Taki, a member of the house of representatives from Benue State, disclosed this while speaking on the floor of the House.

He said many were injured in the attack which happened barely 24 hours after 19 persons including two priests were killed in the same state.

Moses Yamu, spokesman of the State Police Command, was out of reach when this report was filed. He neither responded to calls nor replied the text message sent.