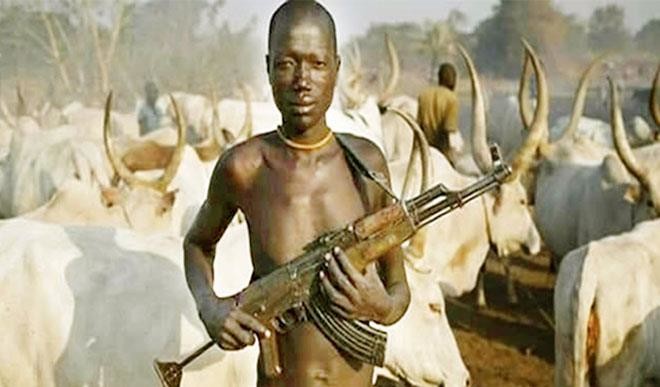 Residents of Benue State have been thrown into mourning again, following the invasion of another church by suspected herdsmen.

A source said that seven persons were killed in the incident which happened two days after two priests and 17 church members were shot dead at a Catholic church in Gwer West Local Government Area of the state.

The fresh attacked took place at a church and a primary school in Logo Local Government Area (LGA) of the state on Thursday morning.

Richard Nyajo, chairman of Logo Local Government, told journalists that herdsmen were responsible for the attack.

He said they invaded three villages in Mbamondo clan in early hours of the day, opening fire on people who were sleeping in the church and school.

Nyajo said the victims were taking refuge at the church following the displacement from their communities.

He said seven dead bodies had already been recovered from the attack which started from Mondo settlement village in the LGA.

On Wednesday, 22 persons were reportedly killed in Guma Local Government Area of Benue.

The killings in the state have continued despite the efforts of government to find a lasting solution. The military had introduced Operation Cat Race to check the violence in Benue and other North-Central states but the situation has not been brought under control.

The Christian Association of Nigeria (CAN) called for nationwide protest over the killings in Benue.

In a statement by Adebayo Oladeji, the special assistant on media and communication to the CAN President, Samson Ayokunle, the association said the high rate of killings in the country is slowly turning Nigeria into a state of anomie.

The statement said the protest will be aimed at canvassing government’s increased commitment towards the release of abducted Dapchi student, Leah Sharibu, Chibok girls as well as other innocent Nigerians held captive by the Boko Haram group.

“CAN urges Christians in Nigeria to hold peaceful protest on the set aside date, in the premises of their churches asking the federal government and the security agencies to stop the unending killings and bloodshed in the country,” the statement read.

“Christians are to carry placards with inscriptions meant to address issues about sustained killings, attacks and destruction of their property in Nigeria. The inscriptions on placards could read, ‘Enough of bloodshed in Nigeria’, ‘Enough of unlawful killings in the country’, ‘FG, Release Leah Sharibu from the bondage’, ‘FG, Stop Herdsmen Killings’, ‘CAN rejects FG’s poor handling of insecurity’, etc.

“It also dedicates same day for prayers for the freedom and liberty of Leah Sharibu, the remaining Chibok Girls and others still in captivity of the Boko Haram terrorists. We are already at a breaking point and a state of anomie is almost here. ”

According to the statement, the killings have only persisted because of what the association describes as government’s inability to effectively arrest the situation.

“CAN notes that the failure of the government to raise an effective campaign against the killings by herdsmen is the reason they have continued to kill, while there is no visible plan to pacify the aggrieved,” the statement read.

“The Association also calls on the heads of the security agencies to wake up to their constitutional role of protecting lives and property across the federation while preventing Nigeria from descending into chaos and a lawless country”.