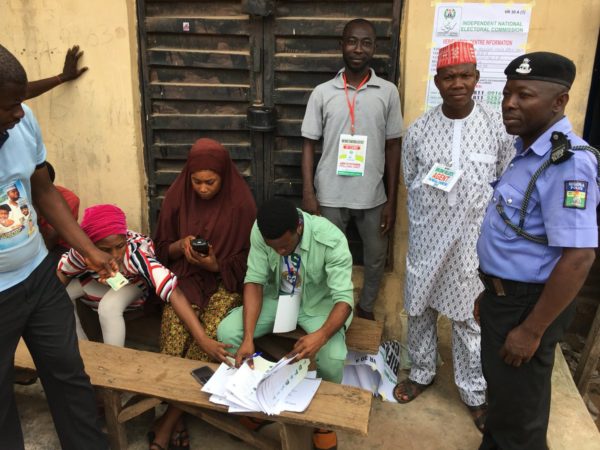 Independent National Electoral Commission (INEC) cannot be held responsible for the poor turnout of petitioners in Saturday’s verification of signatures for the recall of Senator Dino Melaye, an official has said.

The INEC Federal Commissioner in-charge of Kogi, Kwara and Nasarawa states, Alhaji Mohammed Haruna, made the statement in Lokoja after the end of the exercise.

Haruna said that the main concern of INEC was to ensure transparency in the process, insisting that the organisation was neutral in the bid to recall Melaye from the Senate.

“Turnout is not our problem; turnout is the problem of parties concerned, ours is to ensure transparency,” Haruna said.

Commenting on insinuations that INEC might tamper with the wish of the people, the commissioner said that nothing like that would happen, stressing that the agency had no interest in who won or lost in the matter.

“Nothing untoward will happen, I assure you . Whatever happened at the polling units is what INEC will announce,” he stated.

Commenting on the mix up in the list of petitioners, Haruna said that mistakes in such exercise was normal but gave an assurance that the mistakes would be corrected.

He lauded the peaceful conduct of the people before and during the exercise.

News Agency of Nigeria (NAN) reports that in Koton Karfe and Lokoja, the people conducted themselves well, although the turnout was poor.

During the exercise, there was no case of malfunctioning of card reader machines while security personnel adequately manned the polling centres.

Melaye, representing Kogi West in the Assembly, has been struggling to retain his seat following a petition by some of his constituents in 2017 that he was not representing them well.

The senator’s accusers gathered signatures to demand his recall but Melaye, who accused the state Governor, Mr Yahaya Bello, of being the mastermind of the plot, mobilised his supporters to resist the move.

He subsequently approached the court to stop the process but could not get the relief he sought at the Court of Appeal.