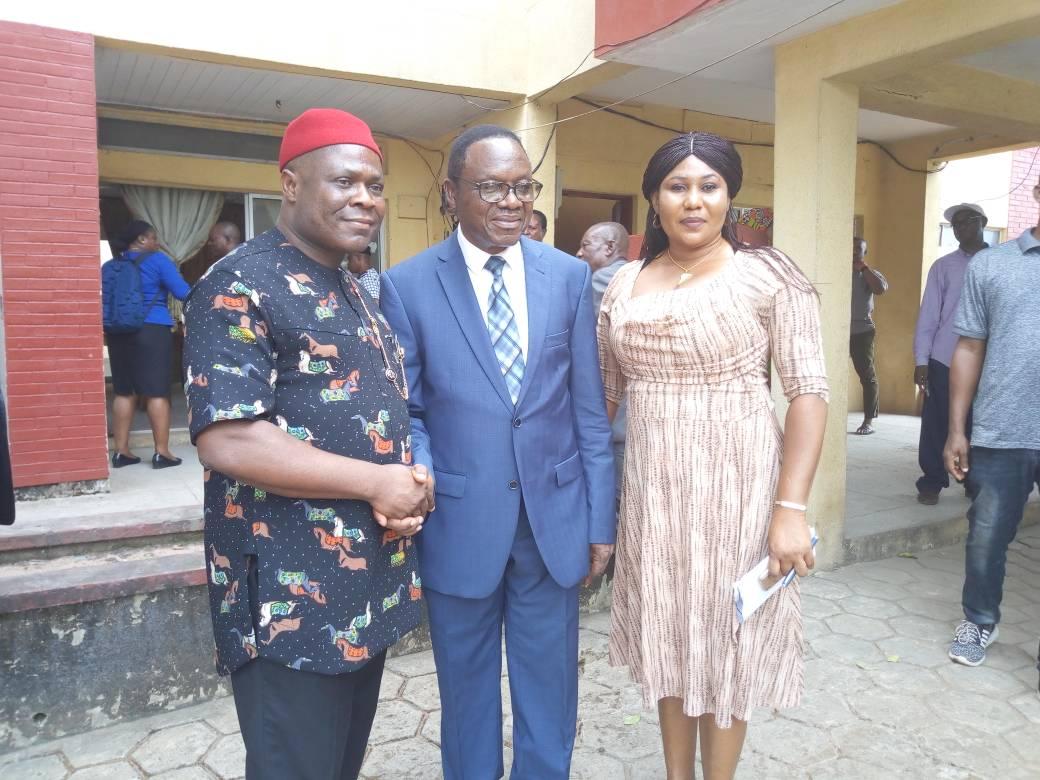 Former Vice Chancellor of the Federal University of Technology, Owerri, Prof. Jude Ejike Njoku (centre), the Imo State Chairman of the Nigeria Union of Journalists (NUJ), Chief Innocent Igwe (left) and the chairman of the Imo State chapter of the National Association of Women Journalists (NAWOJ), Barr. Vivian Otti, during the former VC’s briefing at the Press Council, in Owerri, on Thursday

A former Vice Chancellor of the Federal University of Technology, Owerri (FUTO), Prof. Jude Ejike Njoku, has advised those who have found themselves on leadership positions not to be carried away by the comfort of their positions, alienating themselves from the electorate that put them in the exalted positions.
Njoku, who was the VC of FUTO from 2000 through 2005, made the disclosure on Thursday at the Nigeria Union of Journalists (NUJ), Press Centre, Owerri, while declaring his intentions to replace Governor Rochas Okorocha in 2019 under the platform of the Peoples Democratic Party (PDP), said the country has witness a lot of pitfalls from the installation of bad and inexperienced politicians, advising technocrats, qualified well educated and less money conscious persons in leadership positions.
The ex-VC, opined that the nation had witnessed bad system due to unbridled quest to amass wealth, which must be stopped.
His words: “I am asking for your partnership. I am most educated, experienced, competent,  mature among other aspirants. “
The former Commissioner for Lands, Survey and Urban Planning, and later Commissioner for Education, in the state, bemoaned the act of destroying institutions when anyone is elected, noting that the need for strengthening institutions should be taken seriously.
He said security, provision of infrastructural facilities among others would form his point of action.
Njoku noted that his zone, Owerri, has four aspirants under the platform of the PDP which has put him in good stead, informing that he would formally declare at the PDP headquarters along Okigwe Road, Owerri on Saturday.
#
Politics, Slider