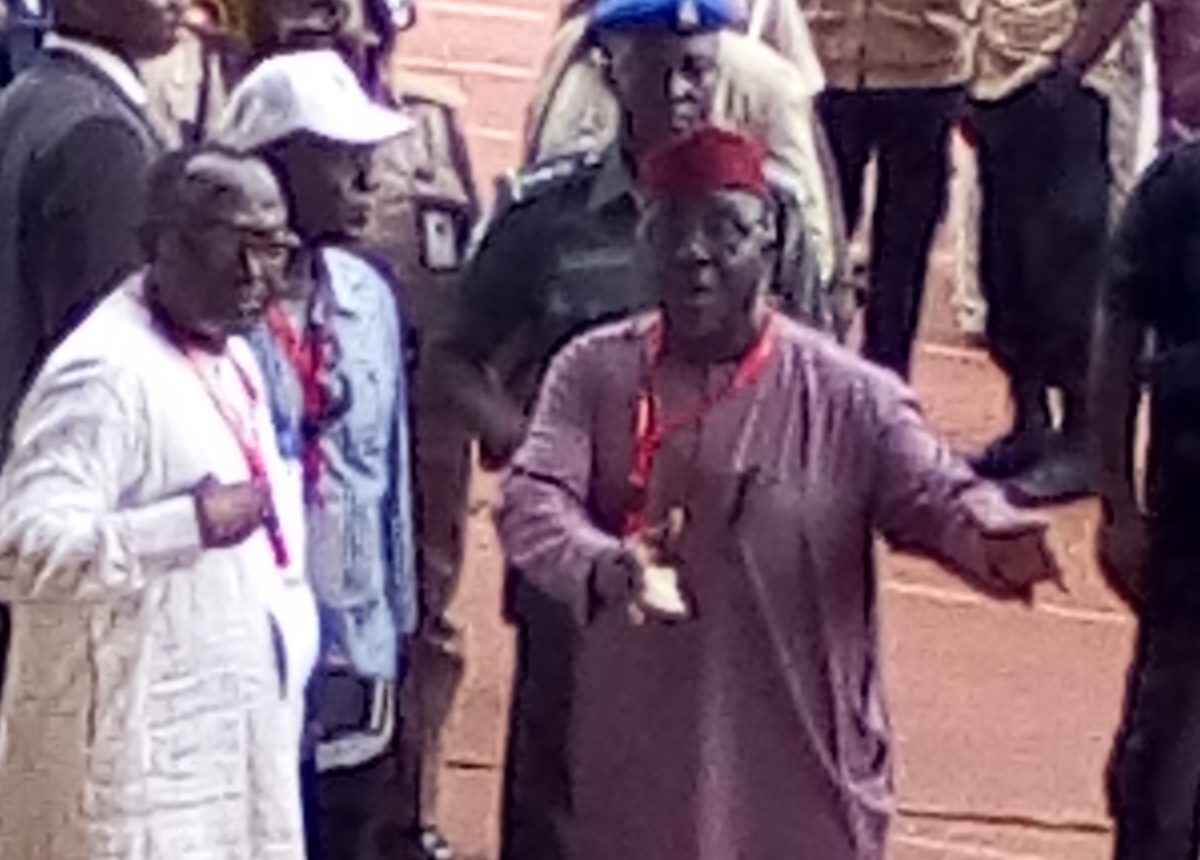 Following the violent disruption of the All Progressives Congress governorship primary in Ekiti State, the Tanko Al-Makura-led organising committee has suspended the exercise indefinitely.

A meeting of the committee and all the aspirants held shortly after the crisis erupted. The meeting held for nearly one hour and half.

Mr Al-Makura stormed out of the meeting and was guarded into his car and driven away without briefing journalists on the outcome of the meeting.

Newsmen gathered that it was an agreement among the aspirants that the primary be suspended.

However, Bimbo Daramola, one of the aspirants, who said he was not permitted to speak for the committee, said the aspirants during the meeting urged the organising committee to take a second look at the process.

He said what happened was triggered by some observations and there was need not to expose such an election to the factors that prevailed in Saturday’s exercise.

Most of the aspirants would not talk to journalists as they equally stormed out of the venue of the primary.

The process was disrupted by party supporters and agents of aspirants after they alleged that the agent of former governor, Kayode Fayemi, was trying to manipulate the voters.

They also alleged that Mr Fayemi was handing a tag to the delegates with inscription “JKF” on which they wrote the serial number of the ballot papers, fearing that it was an attempt to monetize the process.

Mr Fayemi’s agent, Abedeji Adewumi, said the other agents chose to disrupt the process because they saw that the voting was in favour of his aspirant.

“They disrupted the election because we are leading. The rule was that if a delegate had difficulty identifying who to vote for, he can call the agent and he could be guided on how to vote,” he said.

“So when the other agents saw that those who were voting were calling on the agent of JKF, they felt we were leading and were not comfortable.”

But the Director General of the Babafemi Ojudu campaign, Ranti Adebisi, said the process could not continue because it had been compromised.

“The process has been compromised. When there was a rule that you can only bring in two people. He brought in 18 observers. He cannot come here and disrupt what is going on in Ekiti State,” he said.

Other agents complained that the party had no clear guidelines as to how the process should be conducted, changing the rules intermittently without informing those participating in the process.

They also alleged that some security operatives close to the voting area were telling the delegates how to vote and to vote for Mr Fayemi.

They called for the stoppage of the exercise with all their observations considered before the primary could be continued.