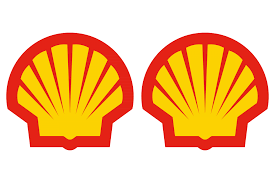 Justice Ibrahim Buba of a Federal High Court, Ikoyi, Lagos, has fixed July 2, for the ruling in a garnishee proceedings suit filed by Ejema Community in Ogoniland, against First Bank Nigeria Limited (FBN) Guarantor/Surety/Debtor, and Central Bank of Nigeria (CBN), Garnishee, over non payment of N122 billion judgment sum on oil spillage.
The Ejama communities which were represented by Chief Isaac Osaro Ogbara, Chief Victor Obari, Chief John Oguru, Hon. Joseph Ogusu, Chief George Osaro, and Chief Adanta Obelle, in their substantive suit, had sued Royal Dutch Shell Plc, Netherlands, Royal Dutch Shell Plc, United Kingdom, and SPDC over alleged oil spillage that occurred when Shell operated in the community at the Federal High Court in Port Harcourt.
In the said suit, Justice Buba had in 2010, after listening to the submissions of the parties in the suit, awarded N17 billion as judgment to the representatives of the Ogoni people.
The court equally granted the Ogoni chiefs 25 per cent interest charge on the principal sum of about N17 billion.
SPDC then appealed against the judgment and applied for a stay of execution of the judgment pending the appeal.
As a condition for granting the stay of execution, the court required Shell’s bankers, First Bank Plc, to provide a guarantee of the judgment sum.
This condition was complied with, but Shell’s appeal failed at the Court of Appeal on technical grounds, ostensibly because it filed its processes out of time and without regularising them.
At the resumed hearing of the matter at the court, counsel to the Shell Producing Development Company (SPDC), Mr. O. Oshobi (SAN), informed the court that his client had filed a five- paragraph further affidavit dated June 14, 2018, before Court of Appeal Lagos, adding that the application is urging the lower court to stay proceedings in the garnishee proceedings suit, pending the determination of the appeal.
In response, counsel to the Ejama communities, Chief Lucius Nwosu (SAN), told the court that the SPDC’s application is a spirited efforts aimed at arresting the court ruling on the garnishee proceedings suit.
Nwosu who described SPDC’s application before Appeal Court, as vexatious motion, urged the court to go ahead to deliver the ruling, according to Section 241 of the Constitution.
Also, Chief Wole Olanipekun (SAN) counsel to First Bank Plc, said going by the court record, the matter was slated for ruling on the application filed by the party joined by the court and not for the garnishee proceedings suit as no specific date was fixed for that.
Olanipekun (SAN) also told the court that the ruling on the party joined by the court will determined the fate of his client’s (First Bank Nigeria Plc)  application.
Responding, Chief Nwosu (SAN) said going by section 294, ruling including judgment must be delivered after 90 days parties have adopted their addresses.
Nwosu (SAN) who described both SPDC and FBN as interlopers, said the case before the court is between the judgment creditors and Central Bank of Nigeria (CBN). He therefore urged the court to go ahead and deliver its ruling of the garnishee proceedings suit.
Thereafter, Justice Buba, reserved ruling in all applications filled by parties in the matter to July 2, 2018.
Judiciary, Slider