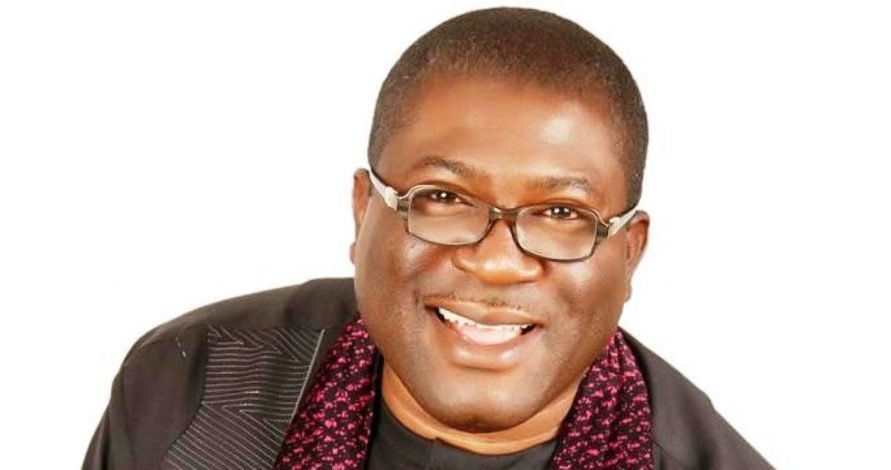 Imo deputy gov, Eze Madumere.
The Speaker of the  Imo State House of Assembly, Acho Ihim, has set
up a six -man committee to investigate petition brought before the Assembly by 13 of the 27 members of the Assembly against the Deputy Governor of the state, Eze Madumere.
The Assembly had about two weeks ago suspended four of its members for what the members referred to as “unparliamentary conduct” by the suspended persons.
The House has majourity of the ruling All Progressives Congress (APC), members, followed by the Peoples Democratic Party (PDP).
Kennedy Ibe (APC, Obowo), was appointed to chair the panel, and was directed to report to the assembly on their findings, July 11.
A notice of “gross misconduct; conviction in the United States for theft; absent from office for three months without official permission; failure to attend required mandatory sitting of the State Executive Council and Security Council meetings in the state,” as required by S. 193 (2) of the 1999 Constitution of the Federal Republic of Nigeria, against the state’s deputy governor, was submitted by the Deputy Speaker of the assembly, Ugonna Ozuruigbo (APC, Nwangele) on Tuesday, during their plenary.
The petitioners alleged that Madumere had failed to “perform any of his constitutional functions mandatorily required of his office.”
The petition alleged also that Madumere had been absent from his office for three months without official reason or permission.
The petitioners also accused Madumere of “refusal to attend and meet with the state governor and commissioners of the state for governance, made compulsory by section 193(2) of the 1999 constitution.”
They alleged that the Deputy Governor had “concealed felonious conduct by presenting himself as eligible for the office of Deputy Governor despite his conviction and imprisonment for theft in the United States.”
Fielding questions from journalists after plenary, the Speaker, disclosed that the deputy governor had been served notice of the petition.
Reacting on the incident, Madumere’s Chief Press Secretary, Uche Onwuchekwa, told journalists that the petitioners were accusing his boss falsely. He warned them against character assassination against  the embattled deputy governor
From the body language of the goings on, the deputy governor is likely to face the consequences of impeachment the way his predecessor, Jude Agbaso sufferred some years ago.
It was gathered that Madumere who was said to have served Okorocha for years before the love lost relationship began, lost favour when Governor Okorocha urged his deputy not to contest for the office of governor, rather he should leave it for his son -in-law, Chief Uche Nwosu. The governor asked Madumere to aspire and contest for the Owerri Senatorial seat. The latter rejected the offer, leading to him to allegedly align with the Coalition group of the APC in the state that organised the ward, local government and state congresses which could not favour the governor. The Federal High Court in Owerri, last week nullified the congresses.