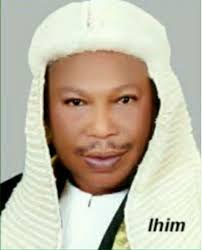 Imo Assembly Speaker, Acho Ihim.
The last is yet to be heard from Imo State as the crisis created by the now annulled congresses of the All Progressives Congress, APC, in the state and the debacle between the state governor, Rochas Okorocha and his deputy, Eze Madumere are claiming casualties of both divides.
Just yesterday, the State Assembly in its alleged claim of its process of re-engineering and discipline, suspended another member, Donatus Onuigwe, representing Oru West Constituency, accusing him of indulging in an “unparliamentary conduct”.
Majority Leader of the Assembly, Lugard Osuji, raised the motion for Onuigwe’s suspension and was supported by Ezediora Uzoma, who represents Oguta Constituency.
Osuji, had suffered the same fate a few months ago, before he was recalled and reinstated.
Speaker of the Assembly, Chief Acho Ihim, directed the investigating committee headed by Osuji, to investigate the allegation of Onuigwe and submit its findings in seven days.
It will be recalled that the State Assembly which has representatives from the 27 constituencies of the state suspended four members indefinitely a fortnight ago. The affected members were accused of conducting themselves in an unparliamentary manner. They are yet to be recalled.
Politics, Slider