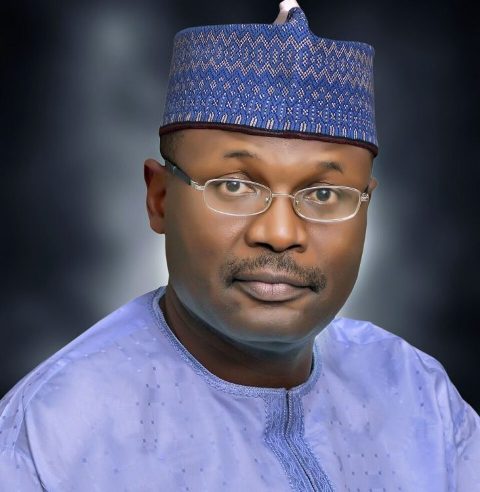 The much expected hearing of the committal proceeding against the chairman of the Independent National Electoral Commission (INEC), Professor Mahmud Yakubu, which came up on Friday, January 18, 2019 has been moved to Thursday, January 24, 2019 after the judge, Justice Ayotunde Faji suddenly rose to attend for an emergency meeting of the court.

Many people, including members of the Young Democratic Party (YDP), the defendant/applicant in the matter, and journalists who came to witness the proceedings were disappointed as the case could not go on as a result of the absence of the judge.

The court will on the new date hear the application filed by YDP and its acting national chairman, Hon. Henry Nwabueze which is seeking to commit the INEC chairman to prison as a contemnor.

The application is accompanied with a 12 paragraph affidavit, deposed to by the national chairman of the party, Hon. Nwabueze.

In the affidavit Nwabueze claimed that there was an intra-party crisis over the national leadership of the party between the plaintiff, Mr. Greg Fiberesima and himself which resulted in filing suit number FHC/CS/1747/2018 before the Federal High Court, Ikoyi, Lagos.

According to him, the contention in the suit was laid to rest by a well considered judgment of Justice A. O. Faji made on November 29, 2018 which recognised and affirmed the position of the second defendant/applicant, Hon. Nwabueze as the acting national chairman of YDP.

He contended further that the said judgment of court was duly served on the respondent, the INEC chairman, Professor Mahmud Yakubu along side with Form 48 after he failed to recognise him as the authentic chairman of the party, adding that the conduct of Yakubu is a deliberate act of disrespect, disregard and contempt for the rule of law and a disdain to the integrity of the court, and an affront of the judiciary.

The position of Form 49 issued by the Court on Wednesday, January 16, 2019 against the alleged contemnor inviting him to come and
show cause why he should not be sent to prison for refusing to comply with the Judgment of the court made on November 29, 2018 by Justice Ayotunde Faji reads: “Take notice that the defendant/applicant, the Acting National chairman, Hon. Henry Nwabueze, of Young Democratic Party will on a date as approved by the Court apply for an order for your Committal to prison for having disobeyed the Judgment of the Federal High Court by Justice A.O. Faji made on 29th November 2018 enjoining you to recognize the second defendant/applicant, Hon. Nwabueze, as the Acting National Chairman, of the Young Democratic Party and thereby neglected to obey the said Judgment”.
The contention is that under Section 72 of the Sheriff’s and Civil Process Act, “if a person refuses or neglects to comply with an order of court made against him other than for payment of money, the court instead of dealing with him as a judgment debtor will find him guilty of the misconduct defined in paragraph (F) of Section 66 of the Act, and make order that he be committed to prison and be detained in custody until he has obeyed the order.
Placing reliance in the case of John Ebhodaghe vs Mike Okoye, the Applicant’s counsel, Akinyeme Ayo in his written address said that an Order of Committal against the Respondent will be proper and deserving given that the Respondent has been granted adequate notice and time of complying with the valid court order.Quoting Justice Niki Tobi, (JSC) as he then was, he said that “obedience to orders of court is fundamental to the good order, peace and stability of the Nigerian nation.
He thereafter asked the court to cite the Respondent for contempt as provided by Order 35 Rule1 (2) (b) of the Civil Procedure Rules of the court as the applicant has made out a case of contempt of court against the Respondent, Professor Yakubu.