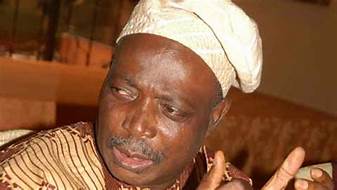 A Federal High Court, Lagos on Monday, January 21, 2019 reserved judgment in the criminal case against a former governor of Oyo State, Rashidi Ladoja, and one of his aides, Waheed Akanbi, charged with N4.7 billion fraud.

Justice Mohammed Idris (elavated to Appeal Court) reserved his judgment after counsel representing parties had adopted their final addresses before the court.

Ladoja was first arraigned by the Economic and Financial Crimes Commission (EFCC) over charges of alleged  conversion of  N4.7billion from the State’s treasury to his personal use.

He was re-arraigned along with Akanbi, his former Commissioner for Finance on 11-count charge of money laundering and unlawful conversion of public funds.
Both had pleaded not guilty to the charges, and were granted bails.

Trial commenced  and parties closed their cases on November 17, 2018 after Ladoja had given his evidence before the court. The court then adjourned  to January 21, 2019 for adoption of final addresses by parties.

While adopting his written address on Monday January 21, the prosecutor, Mr Oluwafemi Olabisi urged the court to hold that the prosecution had been able to establish its case against the accused based on evidences adduced.
He argued that the crux of the prosecution’s case centred on money received as proceeds of crime.

According to him, offences of this nature do not give room for acknowledgment of monies taken from government coffers, adding that the court was enjoined to look at circumstantial evidences in arriving at its decision.

Olabisi urged the court to discountenance evidences adduced by defence witnesses, and hold that the prosecution had been able to establish its case against the accused.In the same vein, the defence counsel, Mr Adeyinka Olumide-Fusika urged the court to discharge and acquit the accused on the grounds that the prosecution had a weak case incapable of securing any conviction.

“If there is no foundation, the super structure cannot stand,” he argued.

The defence counsel argued that no prosecution witness was able to link the accused with the alleged offences, adding that the prosecution was only concerned with securing conviction at all cost.

Besides, he contended that the statement used by the prosecutor in his written address that “the second defendant in the very least, did conspire to commit the offence” was incapable of establishing his guilt.

He urged the court to be sensitive to evidences adduced as PW2 who testified as having engaged in the sale of the Oyo State shares was never charged.

Concluding, he urged the court to discharge and acquit the accused as there was no shred of evidences against them, stressing that the evidences by prosecution witnesses, even supports the innocence of the accused.

After listening to the submissions of counsel, trial judge, Justice Idris commended them for seeing the trial to conclusion.

He informed parties that his judgment would be reserved, and that hearing notices would be sent to counsel in a short while.

It  would be recalled that after the close of prosecution’s case, the accused had filed and argued a ‘no case’ submission before the court, contending that the prosecution failed to establish a case against them.

But in its ruling, the court had dismissed the ‘no case’ submission, and held that based on a preponderance of evidences as put forward by prosecution, there was no doubt that the accused had some explanations to make.

In the charge, the accused were alleged to have conspired to siphon and launder N4.7 billion from the coffers of Oyo State government.

The EFCC also accused them of converting N1.9 billion belonging to the state for their personal use through the account of a company known as Heritage Apartments Ltd.

The Commission claimed that the accused retained the money sometime in 2007, in spite of their knowledge that it was proceeds from a criminal activity.

Besides, Ladoja was accused of removing 600,000 pounds from the state coffers in 2007 and sent to his daughter, Bimpe in London.

In addition, the ex-governor was accused of converting N42 million belonging to the state for his personal use and subsequently used same to purchase an armoured Land Cruiser.

The anti-graft agency averred that Ladoja converted N728 million and N77 million at different times in 2007 for his personal use and transferred same to Bistrum Investments for the purchase of a property in Ibadan.