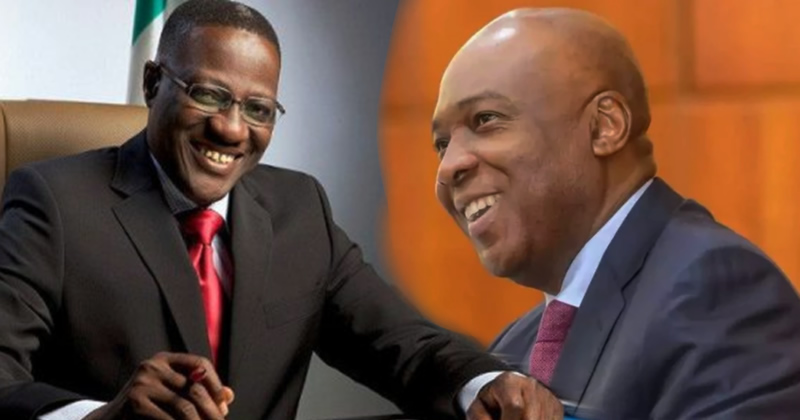 Senate President and national leader of the Peoples Democratic Party (PDP), Dr. Bukola Saraki was given a tumultuous reception yesterday by residents of Offa, where he led members of his party to a campaign rally in the local government.

Excited by the turn out, the traditional ruler of the community, Oba Muftau Gbadamosi, asked his subjects to vote en masse for the PDP, pointing out that the party’s leadership in the state has been faithful to his community in the last eight years.

Members of the PDP, adorned in the party’s colours welcomed the first convoy of the campaign made up of Governor AbdulFattah Ahmed and other party leaders. It took that convoy about 50 minutes to navigate the crowd of excited supporters who lined the route shouting the party’s praises.

Saraki had to spend even longer time with the crowd before he could get to the palace.

The enthusiastic crowd took every available space on the road leading from Total Filling Station to Olofa’s  Palace, forcing Saraki’s convoy into crawling the distance.

Oba Gbadamosi said: “The turn out today was our own way of showing gratitude. That is our style here. Since I came on this throne Offa has benefited immensely from the state, even up till the last two weeks when I told them about a road and they have come to work on it.

“But the opposition will be issuing out any form of statement telling lies that this government has not done anything for us. There is no request we brought to the government that was denied. This is not politics; my claims are verifiable. There is no local government that has benefited like us. I appeal to my people not to deceive us in this relationship. We should not pretend and deceive them. These ones that we know are better than the ones we don’t know.”

Earlier, Saraki had informed the Olofa and his chiefs that President Muhammadu Buhari’s government has  nothing to offer Kwara, citing as example the alleged refusal of the President to effect a rotation of the chairmanship of the Federal Civil Service Commission to the state when the time was due.

He also told the audience that his boldness to confront the federal might was because he has clean hands, saying if otherwise he would have been dealt with seriously.

Saraki added: “I had earlier told my people that they can’t do the Offa campaign in my absence. They may do those of others but not this one. Offa and Ilorin have a long history of relationship. Once the two would agree on anything it is taken. I see myself as a son of Offa.

“Our campaign has a definite plan for Kwara State and Nigeria. Since we joined the PDP the party has honoured Kwara State, they gave us DG of Campaign, National Leader of the party and have agreed that if the party wins, Senate President is our slot in Kwara. But what does the other party have to offer?. If I have skeleton in my cupboard this  government would have silenced me and forced me to drop the campaign.

“But for God and the support of the people I would not be standing today. They didn’t want to honour our agreement. We all laboured and what they couldn’t get in three times they got it and we demanded that they give to Kwara what we deserve.

“APC leaders in Kwara can’t access President Buhari for anything. They will first have to go and submit their request to Lagos and it is only when Lagos is satisfied with the request that it will be forwarded to Buhari who may or not do it.

“Anybody who loves Kwara will not follow Buhari. The Federal Civil Service Commission that was supposed to rotate to Kwara he has refused and given it to another state.”