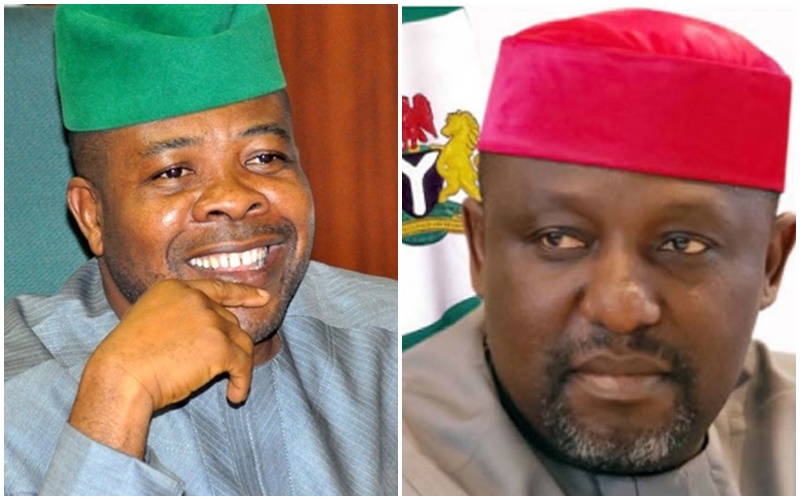 By our correspondent
Imo Governor, Emeka Ihedioha, has given his predecessor, Chief Rochas Okorocha, 24 hours to perform proper handover to him.
The governor also ordered the Head of Service and Permanent Secretaries to handover all government documents in their possession to Secretary to the State Government (SSG) and the Chief of Staff within 24 hours.
He announced the ultimatum at the Government House, Owerri, while swearing in SSG, Uche Onyeaguocha and the Chief of Staff, Chris Okewulonu, on Monday.
Ihedioha noted that the government house was currently dilapidated and urged citizens to feel free to visit it for first-hand information.
He said that as situation was currently, he was yet to make public, where he would be operating from to administer his official duties as governor.
“I direct Head of Service and Permanent Secretaries to ensure a complete handover of all government property the last administration utilised, on behalf of Imo people, to the SSG and Chief of Staff.
“I want the process to be completed by midnight tomorrow. I spoke to Imo people that we will start work; we will resume work, and we will give no excuses for not performing.
“We will give dividends of democracy irrespective of the status of the state of facilities we inherited,” the governor said.