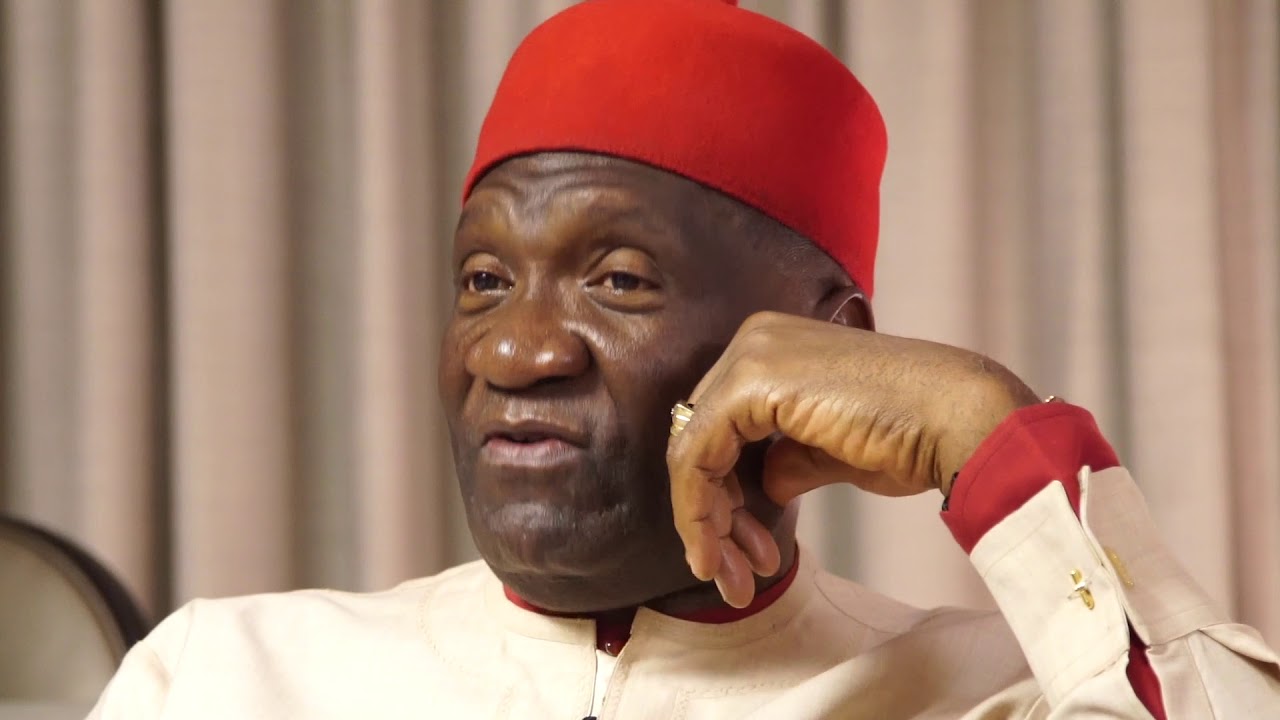 Undoubtedly, nationalists fought assiduously to extricate Nigeria from the intricate web of colonialism by arousing sentiments, activities and organizational development, all aimed at self-government and emergence of an independent of nation state. Though, the struggle for socio-political and economic cohesion in a heterogeneous Nigeria was, indeed, a herculean task, given the frightening reality that the colonial powers deployed weapons of discord and Machiavellian policy of divide and rule to thwart the nationalists’ mission and perpetuate their imperial presence. This development, sadly, heralded the tribalization of political groups that emerged thereafter.

And in their contemplation of what they considered to be an ideal constitution for Nigeria, the duo, Dr. Nnamdi Azikiwe and Chief Obafemi Awolowo repeatedly and consistently argued that cultural factor must remain the ultimate and overriding criterion in the territorial organization of Nigeria. Against this backdrop, Chief Awolowo stated that the ultimate goal was a true federal constitution whereby every group, however small, is entitled to the same treatment as any other, however large. This position has remained a lay fret around the edges of our political history.

However, in the nation’s current march towards political rebirth, social equality and economic emancipation, every ethnic nationality struggles in this momentous epoch in our political evolution to rightly possess that which is theirs. It was in the light of the above, that the rotation of power among the geo political zones upon the enthronement of the Fourth Republic became a welcome relief to ethnic nationalities that would hitherto not dream of grabbing political power. Though, the strands which define the normality of the Nigeria’s political phenomena must be nipped on the bud in order to break down the giant walls of prejudice and misconceptions.

Since the adoption of this unwritten consensus of power rotation, the major ethnic groups, comprising Yoruba and Hausa, including the minority Niger Delta, have had their fair share. But the Igbos are yet to take a shot at Aso Rock Villa, the power house of Nigeria. Indications are rife that there are moves to thwart this political arrangement, ostensibly to checkmate the Igbos from serving their term. Political horse trading, brickbats and treachery are the undercurrents that ironically define our democracy Only recently, the main opposition party, the People’s Democratic Party (PDP) openly accused the ruling party, the All Progressives Congress (APC) of attempting to exterminate opposition parties. Despite the denial by the APC, there are clear signals that Nigeria is gradually and systematically drifting into a one party state. This dangerous signal is an ill wind that would blow no one any good in our democratic space, and endanger the political aspiration of the Igbo ethnic nationality.

It was even alleged in certain quarters that the partial closure of the nation’s border was aimed at crippling the financial empire of the Igbos as such measure would help to put to check their agitation for political power. Since the end of the civil war, the Igbos have made a lot of compromise in Nigeria’s political space for peace to reign.

The Igbos in their fair-mindedness, devised a proverb which states that “It is difficult to ask a man with an elephantiasis on the scrotum to take a smallpox as well when thousands of other people have not had even their share of small diseases”.

Just recently, Elders of Igbo extraction led by the Chairman of the Pan Igbo socio cultural, Ohanaeze Ndigbo, Chief John Nwodo, paid an official visit to the ruling President, Muhammadu Buhari at the Aso Villa, to ventilate their perceived marginalization in this political dispensation. Though, further discussions they had with the President are still in the wraps, political pundits were of the opinion that their discussion with the President would centre round the cohesion of the Igbos in this present regime and how to create a sense of belonging of “one Nigeria” with the Igbos through the provision of social amenities in erosion ravaged territory.

Many Nigerians believed that this is the time for the Igbos to truly take the President slot come 2023. Though it is difficult to assume that success would attain their efforts as previous attempts and opportunity had been bungled by the “who are you’ phenomenon in Igboland. This is much true in this political season where greed and pride have turned angels into demons.

In days gone by, the entire Igbo nation looked up to their leaders as bearers of the torch of enlightenment and as beacons of a new civilization. Such revered leaders’ opinions were sought; their remark weighty and hailed and their sense of judgment unquestionable.Sadly, a handful of Igbo political leaders had compromised their faith of self-allegiance. “Their hearts are full of mischiefs; their tongue flatters with deceit and their throats had become an open grave.”

All these unfortunate turn of events, create the impression in the minds of Nigerians that the Igbos would indeed have a rough ride to the Presidency come 2023.However, the Chairman of the socio-cultural, Ohanaeze Ndigbo, must realize that Ndigbo’s quest for the Presidency is indeed a herculean task. Therefore, all hands must be on deck to forestall any chance that would encumber their aspirations and the advancement of the Igbo race. Chief Nwodo must not allow politicians to sacrifice the Igbo identity on the altar of money and mediocrity. As at today, Ohanaeze Ndigbo remains the only veritable platform that would help to give expression to the aspiration of the Igbo nation.