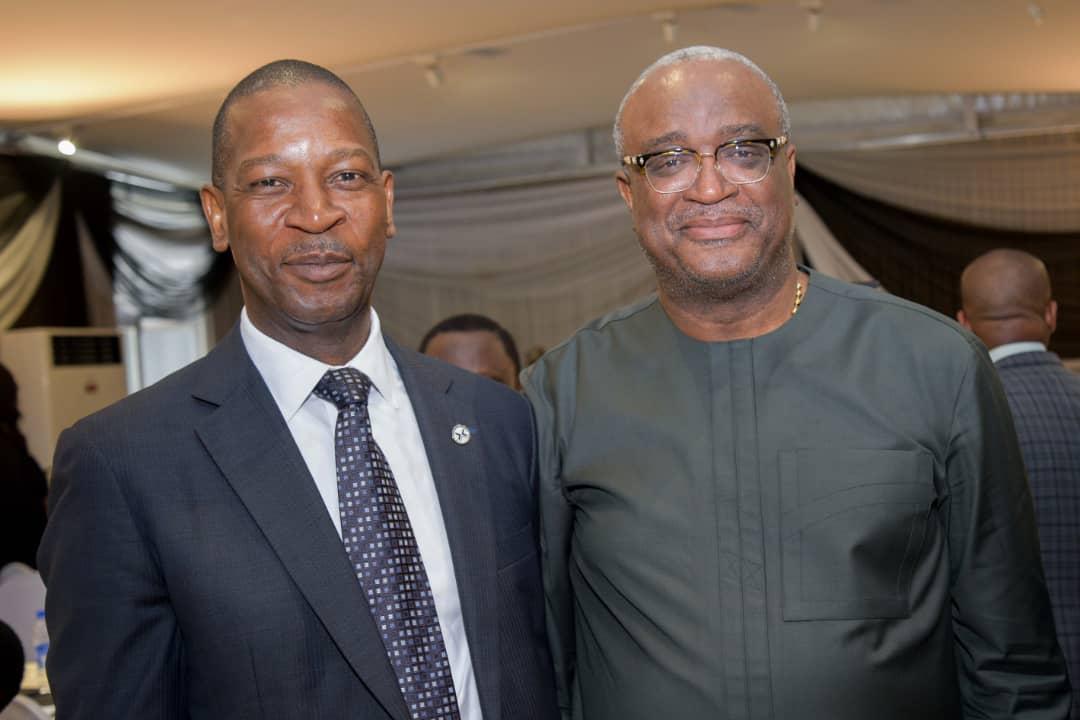 The SPA Ajibade and Co. annual business luncheon, took place on Thursday, November 14, 2019 at the prestigious Radison Blu Hotel on Ozumba Mbadiwe Street, Victoria Island, Lagos. This was the 12th edition in the series which featured the best and well-endowed legal luminaries and robust intellectual pundits any society can boast of.

This year’s theme was: The Courts v Law Enforcement Agencies, which one is better for the resolutions of civil disputes. Interestingly, participants identified the limited capacity of the courts to enforce their decisions, but blamed the lawyers, the ministers in the temple of justice, for abandoning the courts and running to law enforcement agencies at all levels to resolve the disputes of their clients through frivolous petitions.

In some cases, the lawyers are said to be in the habit of seeking the services of the law enforcement agents, especially the police and the Economic and Financial Crimes Commission (EFCC), for ordinary debt recoveries, instead of using their constituency, the law courts, for such civil obligations.

And because legal practitioners in Nigeria encourage the law enforcement agencies to take over the duties of the courts, it was observed, the agencies overstep their bounds by arbitrarily somersaulting the rule of law and applying the rule of force.

In this regard, when a complaint is made to them, instead of employing due process in unraveling the truth in the matter through investigation, arrest detention and prosecution, they often times, apply brute force by beginning with arrest and detention before returning to investigate the complaint. By so doing, they, in the process abuse the rights of citizens.

Although the participants identified that law enforcement is under the executive arm of government, which unfortunately now chooses which decisions of the courts it wants to enforce, thereby emasculating the judiciary, the conferees noted that if this trend is allowed to fester, it portends a dangerous signal for the survival of democracy in Nigeria and the sustenance of the rule of law which commands civil obedience from the people.

On the other hand, where the rule of law is subjugated, as Nigeria currently experiences, and the courts are rendered postrate as the case may be, and justice is served depending on how much one has, the citizens may turn to other alternative ways to resolve their disputes if justice has become for the highest bidders and the poor cannot attempt to get it.

The conference resolved that all institutions of government should be strengthened to continue to perform their statutory responsibilities and show respect for separation of powers and also uphold the tenets of the rule of law which is the pillar of any modern democracy.

It is also the decision of the conferees that all relevant institutions like the National Judicial Council (NJC) and the Nigerian Bar Association (NBA) should take severe disciplinary measures against judges at all levels who compromise their coveted positions and the unscrupulous lawyers who are in the habit of subverting the course of justice by applying tactics to delay cases in courts and in writing frivolous petitions to law enforcement agencies and other established institutions for their personal monetary gains.

Among the egg-heads who enriched this year’s lecture with their profound contributions were: Justice Helen Ogunwumiju, the presiding Justice of the Benin Division of the Nigerian Court of Appeal, who represented the chairperson of the occasion, Justice Amina Augie, a Justice of the Supreme Court of Nigeria; alongside the lead speaker and former Attorney General of Lagos State, Mr. Olasupo Shasore, SAN.

Also at the event were: A former NBA president, Mr. Austin Alegeh, SAN, an ex first vice president of NBA, Mrs. Funke Adekoya, SAN, and indeed a judge of the National Industrial Court of Nigeria, Port-Harcourt Division, who also doubles as a visiting judge to Lagos Division, Justice Nelson Ogbunya, among other dignitaries.

The chief host, as usual, was Dr. Babatunde Ajibade, SAN, who is also the managing partner of SPA Ajibade and Co; a firm of legal practitioners and arbitrators.