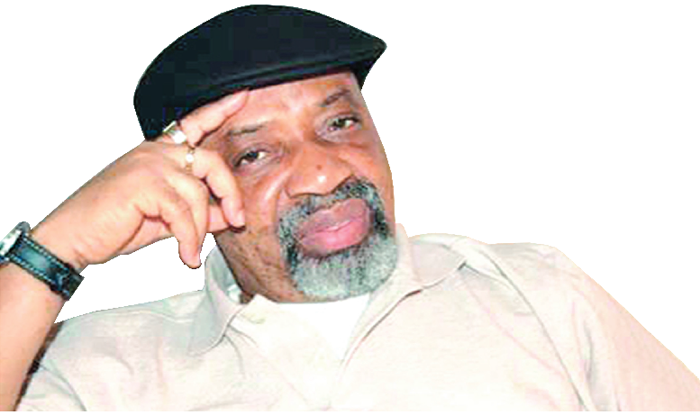 A factional union in the agriculture sector of the Nigerian economy, Agriculture and Allied Employees Union of Nigeria (AAEUN), is courting the wrath of the Federal Ministry of Labour and Employment, and the Nigerian Labour Congress (NLC), after their directives for an amicable resolution of the dispute between it and another faction, Agriculture and Allied Workers Union, (AAWUN), are being flatly disobeyed by it, thereby making it difficult for a harmonious and peaceful industrial relations in the sector to prevail.

Through a letter signed by Mrs. O.U. Akpan, the Director of Trade Union Services and Industrial Relations Department of the Federal Ministry of Labour and Employment, on behalf of the Minister, Dr. Chris Ngige, and issued on 31st January, 2019, the ministry wholeheartedly declined the recognition of both AAEUN and AAWUN as unions in the agriculture sector.

Consequent upon this, the Ministry withdrew the certificate of registration earlier issued to AAEUN and directed the two unions to meet and come up with a registrable name in compliance with Section 27 of the Trade Union’s Act, CAP: T14 Laws of the Federation (LFN), 2004.

It also directed that all parties to the terms of settlement which formed the basis of the consent judgment must be part of the process as provided by the Trade Union Act.

Based on the directives of the ministry, the Nigerian Labour Congress (NLC) called a conciliatory meeting of all stakeholders in the agriculture trade union movement, where under the leadership of the president of NLC, Mr. Ayuba Wabba, it was resolved that a new name was to be created for the two unions; and that a transition committee of 33 members be set up to run the affairs of the unions for six months before an election can be held to elect officers under one umbrella.

At the conciliatory meeting, it was also agreed that a workable constitution to guide the union into a delegates’ conference that will be midwifed by the transition committee be put in place from the date of the agreement which was April 4, 2019.

The National Transition Committee (NTC), it was further endorsed, was to compose State Transition Committees, (STCs) of the 36 states of the federation and the Federal Capital Territory (FCT), Abuja on the basis of 5:4 ratio between the parties; and that all parties in litigation matters should withdraw the suits forthwith.

After the agreement, the parties came up with a name: “Nigeria Union of Agriculture and Allied Employees”, (NUAAE), which was registered and issued with registration number 0112, in accordance with the Trade Unions Act, 2004 by the Federal Ministry of Labour and Employment on May 23, 2019.

The NTC is now in the seventh month of its six months tenure, without constituting the state committees and conduction election for the substantive executives of the union because of a disagreement on sharing formular of producing chairmen and vice chairmen at the state chapters and how many state chapters including FCT are to be controlled by each feuding parties.

AAWUN members of the NTC are accusing their opponents in the AAEUN of foiling the agreements reached by parties by refusing to shift grounds on sharing formular of state chapters, even after they (AAWUN), have conceded several grounds for the sake of peace, AAEUN stuck to its guns, thereby stalling the composition of state councils and ending the tenure of the National Transitional Committee, (NTC), which supposed to put in place a substantive executive to conduct the affairs of the union before it is dissolved.

A prominent source in the NTC therefore, appealed to the Federal Ministry of Labour and Employment and NLC to intervene once again to stop the imbroglio to fester, for the benefit of peace and harmonious industrial relations of the hard working employers and employees of the agriculture sector of the Nigerian economy.