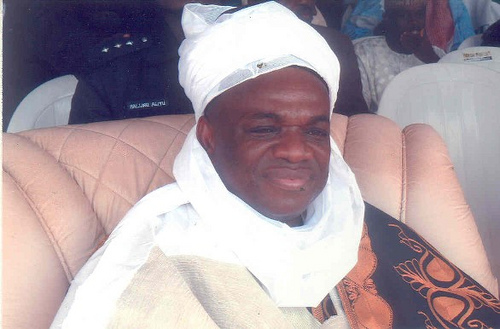 The frantic efforts made on December 17, 2019 to hurriedly pull himself out of prison custody after being convicted on a 39-count charge and sentenced for 12 years for stealing N7.65 billion belonging to Abia State Government, Orji Uzor Kalu, the ex-governor of the state, was disappointed today, Monday December 23, 2019, when a Federal High Court, Ikoyi, Lagos sitting before Justice Mohammed Liman rejected his bail plea and asked him to remain in prison custody until his appeal against his conviction which is pending before the Court of Appeal, Lagos Division, is heard and determined.

Kalu was convicted of N7.65billion fraud on December 4, 2019 and sentenced to 12 years imprisonment by the same court sitting before Justice Mohammed Idris now at the Court of Appeal on elevation.

Uzor-Kalu had in his post-conviction bail application through his lawyer, Chief Lateef Fagbemi (SAN) leading Chief Awah Kalu, (SAN) claimed that he was battling some health challenges which the medical facilities at the prison could not handle, but which required his village herbalist to heal his ailment.

He, as the rested senator representing Abia North at the Red Chamber of the National Assembly, also prayed the court to release him on bail for the interest of his constituents who still want him to continue to represent them.

The EFCC lawyer, Mr. Rotimi Jacobs, (SAN), vehemently opposed the application, arguing that Kalu is already a convict and therefore urged the court to refuse the bail as Kalu cannot enjoy the same privilege as an accused person who is standing trial and is presumed innocent until found guilty.

Liman also declared that Uzor-Kalu should remain in prison  custody pending the decision of the Court of Appeal where Kalu is challenging his conviction by the Federal High Court.