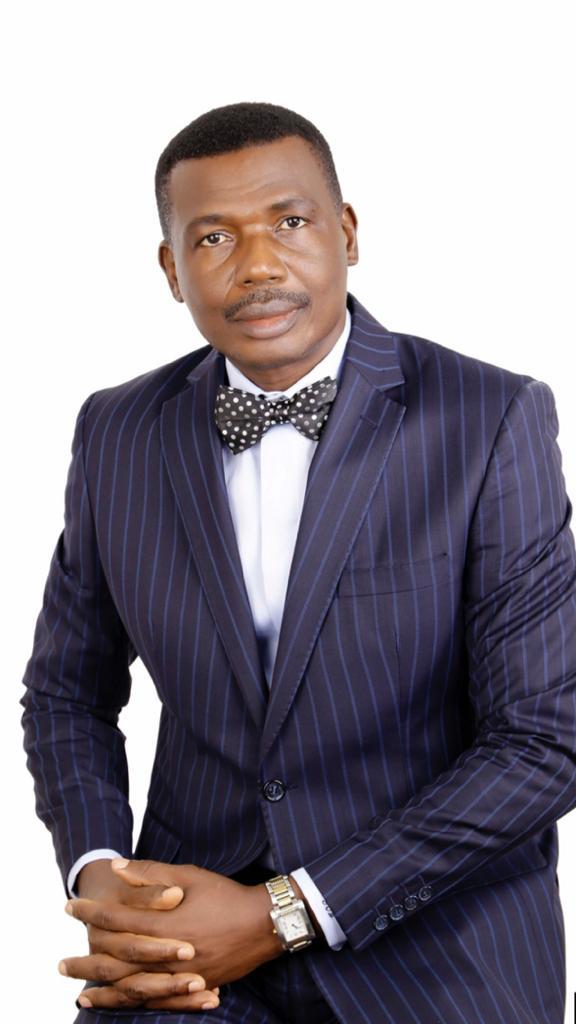 By Ebun-Olu Adegboruwa.
Things are gradually settling down for the new Executive Council of the Nigerian Bar Association, save for some hiccups here and there. It is gratifying that the President and his team seem to have hit the ground running. They were involved in the rescue of the Kano singer sentenced to death, the release of Uyi Obayagbona, Esq and a number of other activities which have indicated some willingness to act. The meeting with NBA leaders from the North has also helped to douse the tension generated from the dis-invitation of the Governor of Kaduna State from the NBA Conference. Perhaps the only area that the President needs to work on urgently is the needless dichotomy created between senior and young lawyers, from the campaigns. It will be in the interest of the Bar generally, for the President to take this up in line with his promise during his inaugural address, to be a bridge builder.

Now let us move to the concluding issues of this discourse. CODIFICATION AND PUBLICATION OF STATUTES. A major challenge facing all lawyers in Nigeria presently is how to access Laws and Acts that have been enacted. It has become a huge embarrassment to legal practitioners across the nation that there is no uniform system of codification of our laws. The last effort made by the Law Reform Commission led to the publication of the Laws of the Federation of Nigeria, 2004, which is being updated periodically, in bits and pieces. The States have not fared any better, as the Laws of Lagos State were last published in 2015. What this has resulted in, is that nobody can say with certainty, what constitutes the Laws of the Federation of Nigeria, up to 2019. Lawyers buy photocopies of Acts and Laws from street vendors and it is what they produce that we all take as the laws of Nigeria. It is that bad, that someone could just sit down in his house and come up with any law and pass it off as laws of Nigeria. This should be a major concern for the NBA, as it is the foundation of law and legal practice itself.

Let me give a personal example. I was briefed in respect of a very sensitive matter, to file a case in court. The first point of research of course, would be to determine which law is applicable. It was then I got to know the depth of the problem we are currently facing as lawyers. We went online, and got a plethora of laws, purportedly on the issue, some conflicting, some others not making any sense at all. To make matters worse, there were all manners of organisations and anonymous entities, which claimed to have these laws on their websites in PDF format, giving the impression of some originality. Some intellectuals have written well-crafted reviews on these laws based on online versions that they could access. In one particular instance, a counsel stated on national television that he was relying upon one of these laws that did not exist at all, not due to any fault of his, but rather based on the inaccurate versions obtainable online. I later got to know that persons in authority and indeed some institutions have relied on the same non-existent law to take very vital decisions which affected the rights of and obligations of others. I then set to work, to comb all Acts of the National Assembly on the subject. In one particular bizarre case, I discovered that an Act was passed on the subject, amending the original Act in 2003, but it was only published as part of the 2007 Acts. It then means that even though the Act was amended in 2003, nobody had access to it until some four years thereafter, in 2007. In the 2007 Act, it was indeed stated that the Act was enacted in 2003 but published as part of 2007 Acts. After going round in circles for a long time, it was decided that we should contact the National Assembly itself, being the maker and custodian of all laws, to know the correct position in relation to the laws regulating the matter. We were shell-shocked to discover that most of the laws published by various online organisations on the subject, do not exist at all. In this day of online legal practice, this will spell disaster for justice administration, as even judicial officers may be misled in their judgments, to rely on fake and non-existent laws. When we filed the case eventually, we decided to exhibit the correct version of the Act as part of the documents in the case, so that the Court itself would avail the correct version.

And this is the case almost everywhere. According to the famous legal expert, Glanville Williams, the best lawyer is the one who knows where to find the law, when confronted with very challenging situations. The NBA should meet with the National Assembly, the Honourable Attorney-General of the Federation and of the States and the Law Reform Commission, in order to work out a formula for periodic publication of all existing laws, across the land. At least every two years, it should be compulsory for the Federal Government and the States to update their laws and publish the same in hard copies and online versions. The fate of citizens depends on these laws and it is most worrisome that we may get to a situation where desperate persons would print out their own versions of fake laws, to suit their specific situations.

NBA AND BOSAN: This is a very tight rope that the President must navigate very circumspectly, being a sword that could swing either way. I was privileged to attend the last meeting of the Body of Senior Advocates, BOSAN, which has now been denigrated by vested interests. It was indeed a glorious day, listening to very erudite and senior lawyers from all over the Federation, such as the legendary Chief Onomigbo Okpoko, SAN, the inimitable Chief Wole Olanipekun, SAN, the leading human rights advocate, Mr. Femi Falana, the erudite Prof Dakas, SAN and so many others. The focal point for me was the aura, the camaraderie and finesse of the first female Senior Advocate, Chief Folake Solanke, SAN. At over 80 years of age and without the aid of glasses, she read through all the documents, made very vital points and was able to coordinate the meeting that lasted well over four hours, with no sign of fatigue at all. And this is where I think a lot of people get many things wrong, especially those who claim to be supporters of the NBA President (as if all of us are not!). Chief Solanke, SAN, admirably captured the minds of all BOSAN members, when she kept emphasizing that BOSAN must work with and carry along members of the outer Bar in all programmes. She was so concerned about the welfare of junior lawyers, especially in this time of COVID 19. On more than four occasions, she emphasized the need for BOSAN to cooperate with Mr. Olumide Akpata and his Exco, for the good of the Bar, insisting that we must all put the last election behind us and move ahead. And this was accepted by all. In fact I had on my own note, a proposal that BOSAN should send an official letter of congratulation to the new Exco, only for me to learn later that Prof. Ben Nwabueze, SAN, had long directed along this line but BOSAN Exco was waiting for the meeting of the whole house. At the BOSAN meeting, not a single person spoke negatively about the new Exco, as we all commended Deacon Dele Adesina, SAN, for accepting the decision of the NBA Board of Trustees on his petition. But because his petition was also pending before BOSAN, that matter had to be discussed and rested. The concern of BOSAN on NBA elections was the negative narrative that electronic voting had generated since 2016 and the need to find a lasting solution to it. Which was why BOSAN decided it would be better aided if the true facts of these elections are made available, leading to the suggestion of an Audit Committee. The meeting ended well and we were all hopeful for a new and robust partnership with the new NBA Exco, until I read it online later that BOSAN had set up a parallel Audit Committee mainly to undermine the new Exco. And because names were being bandied as agents of some supposed foul play, I set out to investigate the source of the fake news. Even though I won’t go into the details of my findings, I was thoroughly disappointed to discover that the whole falsehood was orchestrated by a source traceable to one of the campaign platforms used for the last NBA elections. Let me say no more on this, since the issues are being resolved, for the good of the Bar.

THE AGF AND NBA: Towards the end of last week, social media was agog with news of the latest amendment to the Rules of Professional Conduct by the General Council of the Bar, led by the Honourable Attorney-General of the Federation. This has not been confirmed by the AGF though. Now, there is nothing wrong in amending the RPC, as many of its provisions are patently archaic and not in tandem with modern realities. I mean, how do you ask lawyers not to advertise when virtually every law firm has a website, lawyers are on Facebook, Linkedin, etc? However, the abolition of stamp and seal will be a major setback for the practice of law, especially in curbing the incidence of fake lawyers, now that many other professions have since embraced the practice of stamp and seal for their members. However, I fully support the eradication of issuance of an annual practicing licence to lawyers, if the concomitant effect would be that without it, one would not be entitled to practice. The licence to practice is earned permanently upon being called to the Bar by the Body of Benchers and the enrolment at the Supreme Court. Generally, I see a brighter future for the Bar, if the present Exco is able to sustain its current enthusiasm, unite the various tendencies within the Bar and refrain totally, from adopting divisive tactics that may end up weakening the very fabric of the Exco itself. It is only but a two-year journey, which must be navigated with fairness to all, utmost transparency and a solid commitment for the common good, no matter the provocations. The experiences and doggedness of members of the new Exco should count in their favour to help achieve much for the NBA, so that we can all have the Bar of our dreams, truly all-inclusive, for young lawyers, for senior lawyers, for judges and indeed for the people of Nigeria. (Concluded).

Adegboruwa is a Lagos-based human rights lawyer and Senior Advocate of Nigeria (SAN).

QUOTE ON MATURITY: “Every fault of the mind becomes more conspicuous and more guilty in proportion to the rank of the offender”. (Persons in high station are not only answerable for their own conduct, but for the example they may hold out to others. This, joined to their advantages of education, aggravates their vices and loads them with a greater share of responsibility. – JUVENAL