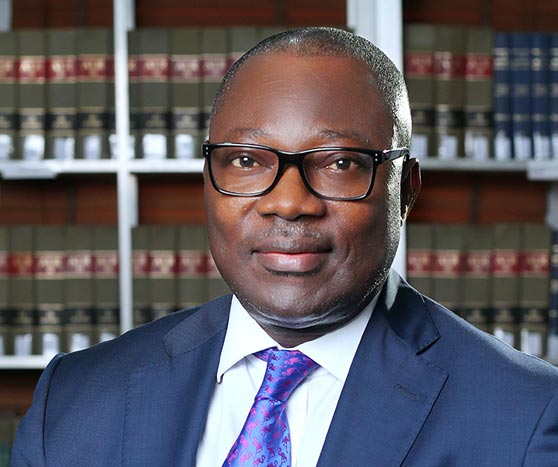 It was Chinua Achebe in one of his books who said: “When you advise the ear to listen and it refuses, when you then cut the head, the ear follows”.

So at a time like this, Achebe’s proverb lends credence to all who should be concerned about the critical situation Nigerians find themselves with the ongoing protests by Nigerian youths who are calling for a total reform of the nation’s governance system and a complete overhaul of the security architecture of the country, particularly the Nigeria Police Force, before the protests become a revolution.

For this reason, some well-meaning Nigerians from all works of life have been reaching out to the leadership of this country, particularly at the federal level and the state-controlled powers to pay fatherly attention to the demands of the youths now that they are ready to listen to them, than when the situation will get out of hand and the country will be heading to a breaking point, and when the leaders nonchalance today will become their nemesis tomorrow.

But the authorities seem to turn blind eyes to the yearnings of these young men and women, perhaps thinking they will soon get tired and get off the streets.

But there are indications that the protesters have vowed to remain in the streets until all their demands are met.

The question then is how can the authorities recognise the importance of these protests and take this opportunity to turn Nigeria around for good and stop playing the ostrich that burries its head in the sand as if there are no dangers around it.

A concerned citizen and a Senior Advocate of Nigeria, SAN, Mr. Tayo Oyetibo, has lent his own voice in calling on the government and all those in authority to grab the opportunity at this time of the youths’ protests to listen to the demands of young people and find a way of resolving the myriads of issues confronting this country.

In a press statement titled: “The Nigerian leaders should listen to the youths”, released at the weekend, he called the #ENDSARSNOW as a metaphor which literally means: “End Police brutality, end Police impunity and end poor welfare of Police personnel”.

He however took a swipe on Northern governors who recently decided to ask the Inspector General of Police, Mohammed Adamu, to unban the disbanded SARS and allow them to operate in the North to help the military fight Book Haram and banditry.

His words: “The Resolution said to have been passed by some governors that they want SARS to continue in their states in response to the agitation of Nigerian youths with the hash tag #END SARS NOW calls for re-examination, adding that, ‘the resolution that SARS should continue means that Police brutality should continue, Police impunity should continue and poor welfare of police personnel should continue”.

“These certainly, according him, cannot be the thinking of the youths in those states. “The governors therefore ought to rethink as the youths are on the right path in their demands. Nigerian leaders must wake up now and put aside political pettifogging and listen to the youths.

“The Federal Government should, in addition to the steps being taken by state governments, provide compensation for victims of Police brutality, and as a matter of urgency, set up a Police Reformation Committee to look into the welfare of the Nigeria Police.

Oyetibo thereafter, made a cogent recommendation to the givernment as per a new name for the police.

He said: “As a recommendation, the Federal  Government should consider a change of name from ’Nigeria Police Force’ to ’Nigeria Police Service’ or simply ’Nigeria Police’ to change the current orientation of Police personnel that they must use and talk with  ‘force’ when dealing with members of the public.

This, in his view, ‘will of course entail an amendment to Section 214 of the Constitution of the Federal Republic of Nigeria (as amended)’, he opined.