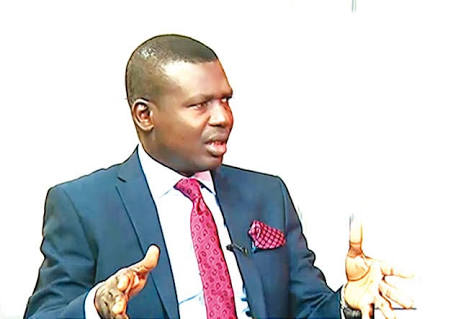 OPINION.
By Ebun-Olu Adegboruwa.
In the course of the last two weeks or so, the Honourable Minister of Information, Alhaji Lai Mohammed, stated what most Nigerians don’t want to hear, namely that the government was determined to regulate the social media. This issue of regulation of social media has become a refrain with the Ministry of Information, since the assumption of office by this administration in 2015. This continued till October 29, 2019 for instance, when the Honourable Minister of Information revealed that the federal government was planning to regulate the use of social media. “It has reached a level that the government may just no longer fold its arms and allow this to continue”, the Minister said during a press briefing held in Abuja. This was a year ago, not long after President Muhammadu Buhari secured his second term mandate and Nigerians were yearning for major policy changes, in line with the campaign promises of his political party, the All Progressive Congress, APC. When the government could not stomach the heat any longer, the Minister of Information rolled out the threats.
Almost a year after revealing the plans of the government to breathe down upon social media users, the Minister of Information came down hard on October 31, 2020, at the premises of The Nation newspaper and TV Continental, which were both attacked in the aftermath of the EndSARS protest. Speaking about the matter he said: “We must regulate the social media in a manner that it does not become a purveyor of fake news and hate speech”, stating further that the government has no plan to shut down social media. Without any doubt, the Minister is in the best position to feel the heat, when one goes back memory lane, to the days of President Goodluck Jonathan, when Alhaji Lai Mohammed held sway, almost becoming the alternative Minister of Information, at the time. One can best imagine what it feels like now, for the Minister to swap positions in reverse, absorbing all that he once dished out to those in government, whilst he was in the opposition. And I personally admire him, given his boldness, his penetrating propaganda and the witty press releases. Predictably, the Minister was drawn out of his stable recently by the Cable News Network, when it released a comprehensive video on the EndSARS protests. The Minister went to town, denied the video, threatened CNN and finally landed again, on social media.

He said: “Keen watchers of the developments cannot fail to notice the role played by the social media in the EndSARS protest. As a veritable tool for mass mobilization, the organizers of the protest of course leveraged heavily on social media for that purpose. But on the other hand, the same social media was used to spread fake news and disinformation that catalyzed the violence that was witnessed across the country.
What they have failed to understand is that the only reason we are even able to have this debate is because we have a country. If we allow the abuse of social media to precipitate uncontrolled internecine violence, the kind of which was narrowly averted during the EndSARS crisis, no one will remember or be able to use Facebook, Twitter, Instagram, etc, for whatever purpose.”
Apparently in pursuit of the resolve by the government to regulate the social media, the Minister recently announced a review of the National Broadcasting Code and extant broadcasting laws, to reflect the review of fines to be paid by erring broadcasting stations, ranging from N500,000:00 to N5M, for breaches relating to hate speeches, inciting comments and indecency. In the same vein, the government also warned that willful repetition of infractions on three occasions after imposing the fine on a station, will lead to the suspension of the license.
Now, what is the objection to government regulation of the social media? It is simply that it is improper to seek to control or supervise those who are to hold you accountable and it is illegal, unconstitutional and ultra vires the executive arm of government, to seek to take over the statutory functions of the court.

First, section 22 of the 1999 Constitution imposes a mandatory obligation upon the press and mass media to make government answerable to the people. How can this be done in an atmosphere where the media is gagged and strangled? Second, section 39 (1) of the Constitution grants direct, express and explicit freedom of expression, including the freedom to receive, disseminate and impart ideas and information without interference, the emphasis being on the words ‘without interference’, which simply means without disturbance, without any hindrance or obstruction.
Third, it is totally wrong and unlawful, for the executive arm to always seek to take over, whittle down or undermine the constitutional responsibilities of the other arms of government, especially the judiciary. There are several laws in force in Nigeria dealing with hate speech, fake news and the like. These laws already empower the judiciary as the sole determinant of what constitutes fake news or hate speech, so there is nothing new indeed, to be achieved with the review of the National Broadcasting Code.
I do however agree with the Honourable Minister that there is need for sanity in the social media space, which can be achieved by partnering with all stakeholders in the media business, such as the National Union of Journalists, the Nigerian Guild of Editors, the Online Publishers Association, the Guild of Bloggers, the Newspaper Proprietors Association of Nigeria, the Broadcasting Organisation of Nigeria, civil society groups, etc, to achieve self-regulation by all media practitioners. They should all have different ethical codes developed by and for themselves, to rein in all forms of extremism.

In 2019 during an interface religious dialogue to promote religious tolerance and acceptance, the Vice-President, Professor Yemi Osinbajo, SAN, echoed the minds of Nigerians when he stated thus:
“We absolutely need to be careful in our use of social media and if we do not want to promote the kind of conflict that can go completely out of hand, we must be sure that we are policing and regulating ourselves, especially, with social media.
I don’t think that government regulation is necessarily the way to go, but I believe that we as persons of faith and we, as leaders, and those of us who use the social media actively owe a responsibility to our society and to everyone else, to ensure that we don’t allow it to become an instrument of conflict and instrument of war.”
Now this indeed is the meat of the matter. You cannot regulate what you did not create or originate, it just won’t work. What it will eventually turn to is that the government will inadvertently keep promoting the power and influence of social media. The reactions of the government so far, to major events that it considers unpalatable, show clearly that it gets vulnerable and panicky, whenever the searchlight is beamed upon its policies and actions. It then becomes clear that the best way to hit the government is through social media, such that any deliberate measure to regulate it will end up promoting it. In place of the contemplated regulation of the social media space by the government, it should rather dialogue with and encourage online bloggers and other online media practitioners, to urgently come together to develop their own code of conduct, with a view to ensuring that the use of social media is healthy and lawful.
The other point is that good governance, followed with measured performance, transparency and accountability, cannot but advertise any government, no matter the amount of incitement or hate speeches.

Say what you like, it is the same social media that the federal government is losing sleep over that Governor Babagana Zulum of Borno State is climbing upon, without paying a dime to anyone. Let the projects, programmes and the good works of the government speak for it eloquently, to the people that it claims to govern. There is no need to split hairs over social media regulation. The reality is that the government can dictate the pace of social media with excellent performance. Let the space be broad and unlimited, let the focus be on governance and that way, the deregulation of the social media will invariably regulate it, even in favour of the government. It is the surest way of regulation, through deregulation, or freedom through restraint.

Adegboruwa is a Senior Advocate of Nigeria (SAN), and a Lagos-based human rights activist.