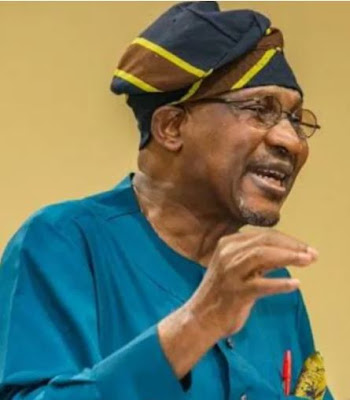 Professor Femi Odekunle, a renowned professor of criminology and sociology who taught in Lincoln University, USA before returning to Nigeria in 1974 to teach at Ahmadu Bello University, Zaria, Kaduna, Nigeria, passed on in December 2020 while still serving as a member of the Presidential Advisory Committee on Anti-Corruption, currently headed by Professor Itse Sagay (SAN).

In this tribute by a Lagos-based senior lawyer, Wahab Shittu, he xrays the man called Femi Odekunle, his qualitilies and humanitarian services to mankind, including his commitment and contrbutions to nation building before his eternal passage to higher realms. Excerpts:

PROFESSOR Femi Odekunle’s demise is a huge loss to Nigeria. He was a unique Nigerian with exceptional qualities, principled and of high moral standing. He was not afraid to take principled positions, even if such would injure feelings of entrenched vested interests.

I first heard of him during the phantom Diya’ s coup when he was falsely accused and was later freed. I got personally more close to him with his work as a member of the Professor Itse Sagay-led Presidential Advisory Committee Against Corruption ( PACA).

In recent times I got closer to him as counsel to the suspended chairman of EFCC, lbrahim Magu in the course of his travails.

He was the first to publicly come out to expose the shenanigan that was the probe of Magu in a scathing criticism of the Honourable Attorney General in a widely published statement.

I consulted him many times in the course of the sittings of the Salami panel. He was out- rightly committed to the war against corruption. He believed Magu was a victim of witch hunt and took decisive steps to ensure justice was done. We regularly compared notes and l have never seen someone so committed to anti- corruption and the theory of justice. He incurred his personal resources and undertook private trips to ensure that the steam of anti- corruption crusade of this Administration is not defeated by vested interests who may truncate this Administration’s agenda against corruption.

He wrote confidential memos together with Prof. Itse Sagay to the authorities of FGN on the way out of the crisis.

In one of my very last encounter with him in his residence at Abuja, l saw first hand Prof’s (and this include his precious wife with whom he shared very close and affectionate relationship) love for humanity. I give an example, I saw a copy of a book on security situation in our country authored by one of his students under his supervision on his desk. I indicated interest in accessing a copy of the book. He promised to get across to the author to obtain for me a copy. He kept his word. Prof. subsequently got across to me to come over to his residence for an autographed copy of the book in his handwriting. I was touched. He was hugely committed to relationships. He was extremely very reliable, open and honest. He was a selfless Nigerian who was committed to building a sane society.

He was also detrabalized. The security guard at his residence is a Hausa fellow and he related with friends across Nigeria. In one of the visits to his residence, he narrated his travails during his detention for the phantom Diya’s coup. How he was detained and tortured for many months for a coup he knew nothing about. He was not broken. He articulated his innocence courageously and at the end he was freed of all charges. There was no proof . He was simply singled out for persecution on account of his principled writings while serving as Special Adviser to General Diya. In all my private encounters with Prof, l came out with the impression of a man who loved Nigeria with uncommon passion, a patriot who was not afraid to speak truth to power even if he stood alone, a General whose major tool was his writings and the force of his public engagements. I saw a man who was not given to frivolities, a very simple man not obsessed with the theory of materialism, a real human-being who hated injustice and was very concerned about the progress of Nigerian.

The chemistry between Prof and his wife was infectious, re-enacting the Romeo and Juliet love story.

The departed Prof was also very accommodating, kind and entertaining. Indeed he was one of the finest men l have ever met.

In his death, this country has lost one of the most principled, fearless and uncompromising soldiers of anti- corruption who loved and served Nigeria with uncommon passion.

May his gentle and restless soul rest in perfect peace as he reunites with the Saints.