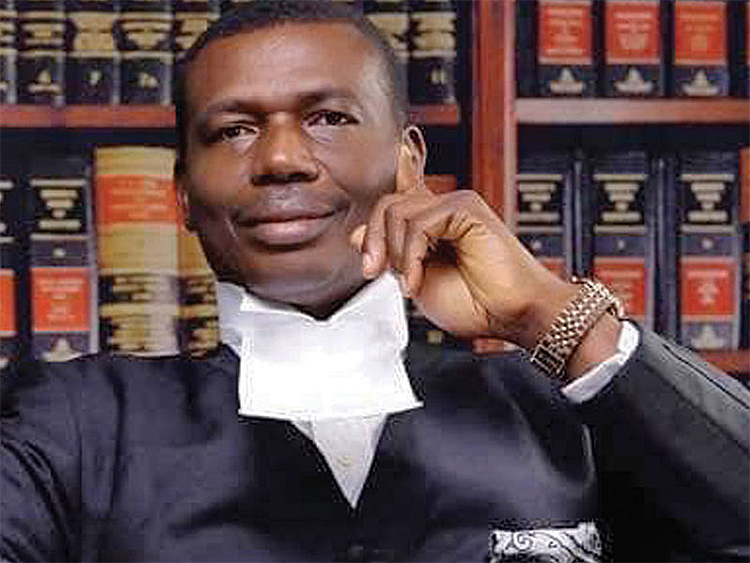 IT was supposed to be a smooth ride into and out of the court, for the Plaintiffs, but they got more than what they bargained for, from the judiciary, after so many years of traveling round the hierarchy of the courts, to get justice. This has become the lot of litigants and their lawyers, who daily contend with the frustrating factors hindering the due and effective administration of justice in Nigeria. Let me share with you the intriguing facts of the case of Boniface Ebere Okezie & 3 Ors. v. Central Bank of Nigeria & 5 Ors. (2020) 15 NWLR (Pt.1747) 181. So it started on one fateful day on 14th August, 2009, when Mallam Lamido Sanusi, then Governor of Central Bank of Nigeria, CBN, issued an order, removing all the executive directors of Union Bank of Nigeria, UBN, and thereafter appointed Mrs. Funke Osibodu and others, to replace them. About N120-Billion was then injected into the UBN, on the grounds that it was weak, undercapitalized and/or insolvent. These actions were well publicized, with a threat to turn UBN over to the Nigerian Deposit Insurance Corporation or sell it outrightly to foreign investors. As a result of the declared crisis in UBN, its erstwhile directors who had been removed from office were handed over to the Economic and Financial Crimes Commission for investigation.

Aggrieved with the actions of the CBN Governor, some of the shareholders of UBN filed an action at the Federal High Court, Lagos, under section 303 of the Companies and Allied Matters Act, seeking leave of court to challenge the actions of the CBN Governor, on behalf of UBN, by derivative action. In the Originating Summons, the Plaintiffs did not raise any questions for answer, but set out their claims in declarations, injunctive reliefs and damages. In response to the Originating Summons, the Defendants filed a notice of preliminary objection, challenging the competence of the suit and the jurisdiction of the court to hear and determine the action of the Plaintiffs. The preliminary objection was heard and upheld by the trial court on the ground that the Originating Summons did not contain questions for determination. The appeal to the Court of Appeal was dismissed as lacking in merit, whereupon the Plaintiffs further appealed to the Supreme Court. The Apex Court wasted no time in chastising the trial court and the Court of Appeal, for clinging to technicality to rob the Plaintiffs of justice. The Court held as follows:

“There is need to keep the focus on the substantiality of justice and so each of these forms is valid as an originating summons for the determination of any question of right or of construction under an enactment.”

Justice does not reside in the form of the processes of the court. Where there are sufficient provisions in the Rules of the court to sustain an action, the rules of natural justice demand that parties should be heard with a view to resolving their dispute once and for all. It is in the interest of justice that parties are not shut out prematurely from being heard in accordance with the laid down procedures in the court’s Rules.”

The danger that society and the justice sector face, in the adherence to strict technical rules, is best demonstrated by a thorough analysis of the tortuous journey and checkered history of this case. The case commenced in 2009, at the Federal High Court and the final judgment of the Supreme Court was delivered 7th February, 2020, spanning a long period of about 11 painful years of several court appearances, traveling and financial expenses. At the time of the judgment of the Supreme Court, the Plaintiffs could no longer get justice from the Courts, as the interim board of Union Bank that was being challenged had served out its tenure and new boards had taken over almost in multiple tenures. This is the lot of most litigants such that even this case should be considered as having moved fast, if we take into cognizance the facts of other cases commenced in court at the same time. The Supreme Court did not spare the two courts below:

“There was no basis for the conclusion of the two courts below that the originating summons of the appellants was bad and must be struck out for not stating questions for determination. For effect, it was certain that the two courts below went the wrong way in reaching their conclusions and a miscarriage of justice ensued in the erroneous application of the procedural law or rules, hence the necessity for the Supreme Court’s intervention and to come against concurrent findings of fact of two courts”.

Happily, the Apex Court took out time to define the role of the judiciary, in very clear terms:

“The paramount duty of courts is to do substantial justice and not cling to technicalities that will defeat the ends of justice. It is more in the interest of justice that parties are afforded reasonable opportunity for their rights to be investigated and determined on merit rather than that parties be shut out prematurely from being heard on the grounds of non-substantial compliance with rules of court. It is immaterial that there are technicalities arising from statutory provisions, or technicalities inherent in rules of court. So long as the law or rule has been substantially complied with and the object of the provisions of the statute or rule is not defeated, and failure to comply fully has not occasioned a miscarriage of justice, the proceedings will not be nullified.”

Generally speaking, the judiciary is established under section 6 of the Constitution of the Federal Republic of Nigeria, 1999, as amended. The Constitution proceeds to state the function of the judiciary as to “extend to all matters between persons, or between government or authority and to any person in Nigeria, and to all actions and proceedings relating thereto, for the determination of any questions as to the civil rights and obligations of that person.” In reality therefore, the judicial powers as conferred upon the courts relate to adjudication and determination of disputes. This power is traceable to the period of creation, when the first man (Adam) was put to trial in the Garden of Eden. God drafted the charges, served them on him and took his defences thereto and thereafter judgment was passed. However, judicial power was properly codified when the father-in-law of Moses visited him and advised him to set up several courts for the resolution of all contentious issues, depending on their magnitude. Man has followed this pattern ever since, leading to the trial, condemnation and crucifixion of Jesus by the Jews.

The judiciary became more entrenched as part of the foundation of the creation of Nigeria, due to the Sir Henry Willink Commission of Inquiry report, detailing the means of addressing the fears expressed by the minority ethnic groups, post-independence. Assuredly, there will always be one dispute or the other, in any human endeavor or existence. With their over-bloated population and size, the majority ethnic groups could always boast of electoral victory to form the cabinet and also majority in the parliament, any day, through which they would continue to dominate the minority groups. It was then resolved to establish a strong judicial system, capable of intervening in any dispute between persons, persons and governments or indeed any other authority. This partly accounts for the reason why the judiciary was established as an independent and autonomous arm of government, to be strong enough to look anyone in the eye, to be strong enough to damn oppressive policies and strike down all manners of injustice. This worked well for some time, until the military emerged with absolute powers and decrees, through which the powers of the courts were circumscribed and at times suspended, outrightly. But even under the military, the judiciary remained the only arm of government that could not be dissolved totally, unlike the parliament and the executive. No government has been so brutish and damning, as to outrightly sack the courts; we have never had it so bad and we pray not to ever have such malady in our time.

The cases of self-imposed timidity, as experienced in some courts across the land, are to say the least, most unfortunate. My Lords must be encouraged to stand tall and show courage, in the face of intimidation and mindless blackmail by the powers that be. This is not new at all, given that the executive arm of government is always at war with the judiciary, the former being always at the receiving end of court decisions. Impunity being always at the door step of governors, commissioners, ministers, government ministries, parastatals and agencies, it is not strange at all that they are most often the culprits. The judiciary must save itself from extinction and historical irrelevance; it must assert itself as the last hope of the common man, by ensuring that it digs very deep into each case presented before the court in order to give justice to those who deserve it. The incapacity of the court to do justice to the real issues before it goes back to the society itself, as litigants are then forced to embrace self-help, law enforcement agencies become dispute resolution merchants and arbitrariness sets in.

The solution to this is to merge all objections together with the hearing of the substantive suit and to incorporate all interlocutory appeals into the main case, such that the determination of the court can be made known on both in a single judgment, rather than pursue common issues of amendment or injunction up to the Supreme Court whilst the main case is guillotined thereby, on the altar of technicality. We cannot afford in our clime, to exhume the corpse of Blackstone and cling to the stone-age practice of forms rather than the substance. We cannot continue to run a court system that delivers empty papers to the people as judgment, the contents of which do not birth any form of justice at all.

Adegboruwa is a senior advocate of Nigeria, (SAN), and a Lagos-based human rights lawyer.