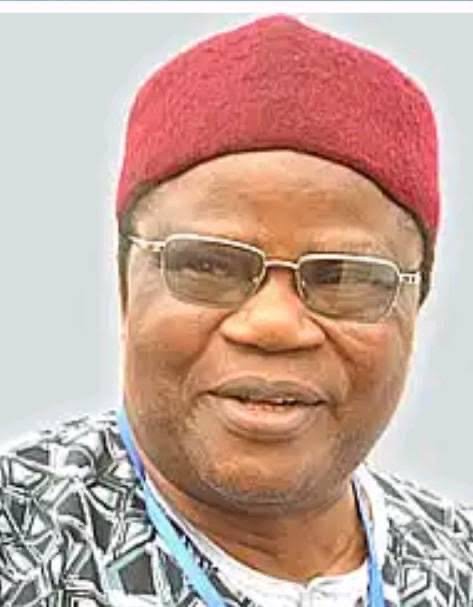 I have lost a motivator/father-figure, Prince Tony Momoh, a veteran Journalist, former Editor of the Daily Times Newspaper, and ex-Minister of Information, who died on Tuesday, February 2, 2021, by 5 pm, at 81 years.

In 1987, however, I had gone to see Prince Tony Momoh in his office at Awolowo Road, Ikoyi, Lagos, for job assistance, having completed my National Diploma Programme in Mass Communication from the famous Auchi Polytechnic, located in the Northern Senatorial District of the present Edo State, South-South Nigeria. Prince Momoh was then the Minister of Information and Culture in the regime of former military president, General Ibrahim Badamasi Babangida (Rtd).

Mr. Richard Ikiebe, Momoh’s Personal Assistant, had innocently ushered me into his office. I was so full of hope, that seeing the Minister that very day, my jobless situation at the time, would be over. But alas, he “positively” disappointed me. “Youngman, oh, you have an ND and you think that should be all? Though I occupy a position to ensure you are employed in any of the media houses right now, I will not do so. I will not be a party to a truncated future success. Go back and complete your higher studies and come back thereafter to me for a job,” he advised.

I tried to explain my family’s financial background and the need for me to work and gather some financial resources before continuing with my higher studies. But this got Prince Momoh infuriated. He walked out of his seat and came over to the side of his table where I was seated. Pressing his fingers hard into my right shoulder as if to make sure that what he said sank well and deeper in me, he continued in anger: “Ogbaman” (which in his Afenmai dialect means young man), I said go back and get your degree, then come back and challenge me thereafter for your job. You sound intelligent and brilliant. I cannot encourage you to end up with just an ND. Those great names you hear of today had similar poor background but their families borrowed or they themselves did odd jobs to get their education. So I challenge you, go back and do so, and do not forget to thank me later. Good day,” he dismissed me.

I left Prince Momoh’s office feeling terribly punctured. His PA, Mr. Richard Ikiebe, noticed the disappointment on my face when I came out through his office. I narrated to him my experience and he just laughed. Richard told me his own experience too, how he had to go from palm tree to palm tree in his village, cutting “banga” during holidays which he sold to finance his education, and how he thanked God for that zeal. He advised me to feel challenged as the Minister had just prompted me. Personally, l viewed that encounter with Momoh then as one of those generally held beliefs, that Bendelites (People from the old Bendel State) do not like helping one another to get ahead or succeed in life. I went back to Badagry, Lagos, where l temporarily resided at the time, feeling very hopeless. But thank God I took up the challenge later, with all anger in me, to surpass the degree level, my now late mentor, Prince Tony Momoh, had asked me to go and attain.

When I was to visit him years later, Momoh had left office as Minister. He was surprised to learn that I did not just stop at the first-degree level he had challenged me with, but had also acquired three different Master’s degrees, and was then doing my Ph.D. programme at the University of Ibadan, which I, however, regrettably had to abandon after two sessions. This unfortunate development was to cause another anger in Momoh towards me during that visit to him at his Anthony Village private office.

At this time, I was already an Editor of a regional tabloid based in Uyo, Akwa Ibom State, located in South-South Nigeria, after resigning from my job with the Vanguard Newspapers. I could recall Prince Momoh’s editorial supports, the voluntary interviews he granted the tabloid, his advice, and his gifts of books on law and media practice, which he freely enriched my library with. We maintained contacts ever since then. Very honestly, I will continue to owe Prince Tony Momoh all thanks for that “positive disappointment” he gave me then in 1987.

I will surely miss him, my dear Mentor. Okhilakhueh, sir!