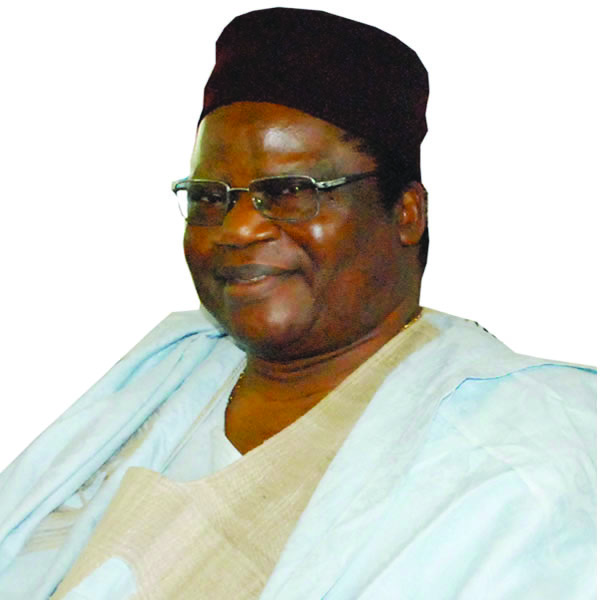 The earthly cloak of Prince Tony Momoh, media guru, senior lawyer, a conscientious politician of rare breed, and a former minister of information and culture, whose passage was widely reported by the media on February 1, will finally be committed to mother earth on Thursday, February 11, 2021 on Grailland, Iju Hills, Lagos.

The funeral which will take place by 4 pm will be conducted in the sense of the Grail Message in accordance with the express wish of the departed soul conveyed to the leadership of the Grail Movement of Nigeria by his immediate family.

It was gathered that the Grail Funeral, as instituted by the Bringer of the Grail Message, Abd-ru-shin, ‘is a solemn Act to assist the soul of the departed to free itself from the earthly and make it easier for its passage into higher planes of existence. It is therefore, not a mournful ceremony, but a new conception of life which is one’s open confession of conviction that is not an invented ritual, but a living happening’.

Therefore, ‘any expression of grief over the departed one can make his path in the Beyond more difficult at that moment of taking a ‘dignified leave’ into higher realms of Creation’.

These assertions were postulated and corroborated by the Country Leader of Grail Movement, Nigeria, Mr. Segun Ajanlekoko while briefing stakeholders on Sunday at his council chambers on Grailland, Iju, Lagos, on the preparations being put in place for the funeral ceremony of Prince Momoh after the Movement announced the date for the body’s interment.

According to him, the significance of the spiritual event required that attendance by participants at the funeral will be strictly guided by conventional and non-conventional protocols, not only in compliance with Covid-19 adherence, but also for a well-known tradition of order of human and vehicular movement already established on Grailland at such occasion to reflect the mood of the moment.

He reiterated the need for those coming to attend the event not to express any strong emotional outbursts during the period the funeral will last, as the whole exercise is not meant for the comfort of those the departed one left behind, but solely for him as he gathers strength to awaken into joyful activities in the Beyond, while anticipating their loving thoughts and volitions to accompany him on his way to the luminous Kingdom of his Creator.

He said: “Hearing the Words from the Grail Message and experiencing the Act of Grail Funeral mediate power and confidence to the departed one to enable him to stride courageously along the path lying before him”.

He therefore urged those who will be permitted to witness the happening to conduct themselves peacefully, maturely and in an orderly manner as every decorum dictated by the solemnity of the occasion will be strictly observed.

On the arrangement put in place to welcome visitors to Grailland, Mr. Ajanlekoko said adequate provisions have been made available to make dignitaries and other invitees who will be gracing the occasion to be very comfortable throughout the time the ceremony will last.

Explaining further on how the conduct of the funeral will be carried out, he hinted that an Hour of Worship will be conducted at the Temple of the Lord on behalf of the departed one, and that all participants will be guided into the Hall of Worship to join in the worship, provided they prepare their souls for it and adhere to the dress code permitted for the Hour.

He however warned, that as a rule, no electronic gadgets should be taken to the Temple Grounds, including telephone sets, cameras and other recording instruments which he said will constitute distractions at the solemn moments of the funeral, both at the Temple and at the Cemetery.

But he asked journalists who will be coming for the event for news coverage to follow all laid down protocols and clear directives put in place by those given the responsibity to assist them discharge their duties.

On whether the body of the departed soul will lie in state for a brief moment for funeral orations and tributes by his relations, friends, colleagues, associates and invited dignitaries to pay their last respects before proceeding with the conduct of the funeral proper, Ajanlekoko answered in the negative, adding that ‘it is not a practice in the sense of the Grail Message to exhibit bodies of departed Cross bearers for such occasion as it offends all spiritual sensibilities and perjures the spirit in transition’.

He however announced that the body will arrive Lagos from Abuja by 11 am that day through Air Ambulance en route to Grailland, Iju Hills, Lagos.

The Country Leader therefore advised those attending the funeral to try and arrive at the venue at least two hours before the scheduled time to enable those on duty to carry out proper accreditation for easy admission into Grailland compound.

Prince Tony Momoh, the 165th child of King Momoh I of Auchi, Edo State, who was an adherent of the Grail Message while alive, passed on peacefully on February 1, 2021 at his Abuja home at the age of 81.

The greatest man is he who chooses the right with invincible resolution; who resists the sorest temptations from within and without; who is calmest in storms, and whose reliance on truth, on virtue, on God, is the most unfaltering. _____ CHANNING.