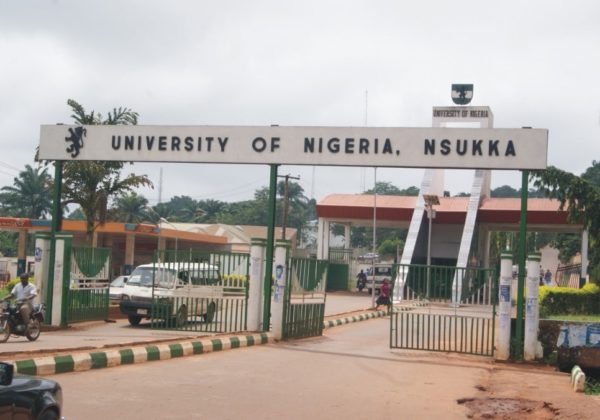 Professor Benjamin Ozumba, UNN Vice-Chancellor, who expressed happiness over the project during its inauguration, said the university would no longer be a customer to Enugu Electricity Distribution Company (EEDC).

He said the project was first of its kind in Nigeria and described it as another feather added to the cap of the institution.

“I am happy that the university under my watch has witnessed innovations and transformation, as today another feather has been added to the cap of my administration.

“This is the first of its kind in the country, using waste to generate electricity.

“By the time more of the plants are produced that will cover every part of the university, millions of naira will be saved every month, as UNN will no longer pay monthly electricity bill to EEDC, ” he said.

In his remark, Ejiogu from the Department of Electrical Engineering applauded Ozumba on his belief of making record-breaking innovations to transform UNN.

“The 100 KVA RDF project is designed and fabricated by laboratory of industrial power devices and energy system under special grant by Ozumba.

“The aim is to enable UNN to generate its own electricity with organic waste that will serve as fuel,” he said.

The Japan-trained engineer said his research team was set to produce 250KVA plants, which will supply the energy need of the entire university and its environs.

“UNN power demand now is 3mgwats, so with twelve 250KVA of RDF plants, we will meet electricity supply need of the university,” he said.

He said on request, his research team is ready to install the RDF plants to any individual, company or office who needed it.

“It is cheaper and can carry more loads than solar energy installation.

“With RDF plant in your house or office, it will carry your air-conditions, deep freezers, pressing iron and other things in your house, office or company,” he said.

Ejiogu listed some of the organic waste that could be used as waste materials to power the plant to include: agricultural byproducts such as corn husks, wood chips among others.

He said the plant would create employment for many people through supplying of waste to UNN or other people who would be using the plant,” he said.

Some UNN staff in separate interviews with the News Agency of Nigeria (NAN) described the innovation as one of the greatest legacies of Ozumba.