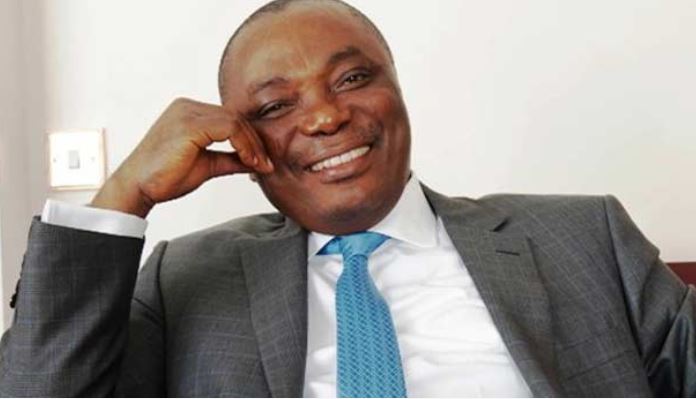 A Federal High Court in Ikoyi, Lagos has discharged and acquitted Senator Peter Nwaoboshi and his two firms of the N322million money laundering charge filed against them by the Economic and Financial Crimes Commission (EFCC).

Justice Chukwujekwu Aneke who freed the sitting Senator held that the EFCC failed to call vital witnesses and tender concrete evidence to prove the elements of the offences for which it charged the defendants.

The defendants were arraigned in 2018 before Justice Mohammed Idris who was later elevated to the Court of Appeal. They were then re-arraigned before Justice Aneke on October 5, 2018.

In the two-count charge marked FHC/L/117C/18., the EFCC alleged that the defendants committed the offences between May and June 2014, in Lagos.

Nwaoboshi was said to have acquired a property described as Guinea House, Marine Road, in Apapa Lagos, for the sum of N805million.

The prosecution said he reasonably ought to have known that N322million out of the purchase sum formed part of proceeds of an unlawful act.

The sum was said to have been transferred to the vendors by order of Suiming Electrical Ltd.

Suiming Electrical was alleged to have on May 14, 2014, aided Nwaoboshi and Golden Touch to commit money laundering.

The alleged offence, according to the EFCC, contravened the provisions of sections 15(2)(d), 15 (3) and 18(a) of the Money Laundering (Prohibition) Act.

But in his judgment Friday, Justice Aneke held, among others, that the evidence led by Prosecution Witness (PW1) Prince Kpokpogri was based on a call from an anonymous caller adding that he did not tender the documents supplied to him by the said anonymous witness who was also never called as a witness to testify.

He held that the evidence of the first prosecution witness could therefore only qualify as hearsay.

He noted further that the computer-generated statement of account, sought to be tendered by PW3, Eyitayo Moigbemtere, was rejected on the ground that it did not comply with Section 84 of the Evidence Act.

Aneke held: “Apart from the first element of the offence charged in count 1, which has not been proven. i.e. that the first and second defendants acquired Guinea House, Marine Road, Apapa Lagos, none of the other ingredients of count one as stated above has been proven.

“How could they have been proven when the statement of account of the third defendant’s bank was tendered and rejected in evidence?

“The rejection of the said statement of account means that any fact concerning or relating to the N322m paid by the third defendant to the Delta State Government could not be proven.

“When this is coupled with the fact that bank officials were not called to testify and properly tender Exhibit F and F1…, the prosecution’s case collapsed.”

He added: “That is to say that the offence of aiding cannot be committed when the primary or principal offence as contained in count 1 has not been proved.

“The result is that the prosecution’s case is dismissed and all the three defendants are accordingly discharged and acquitted.”

During the trial, the prosecution called four witnesses.

The defence called no witnesses but rather rested its case on that of the prosecution.