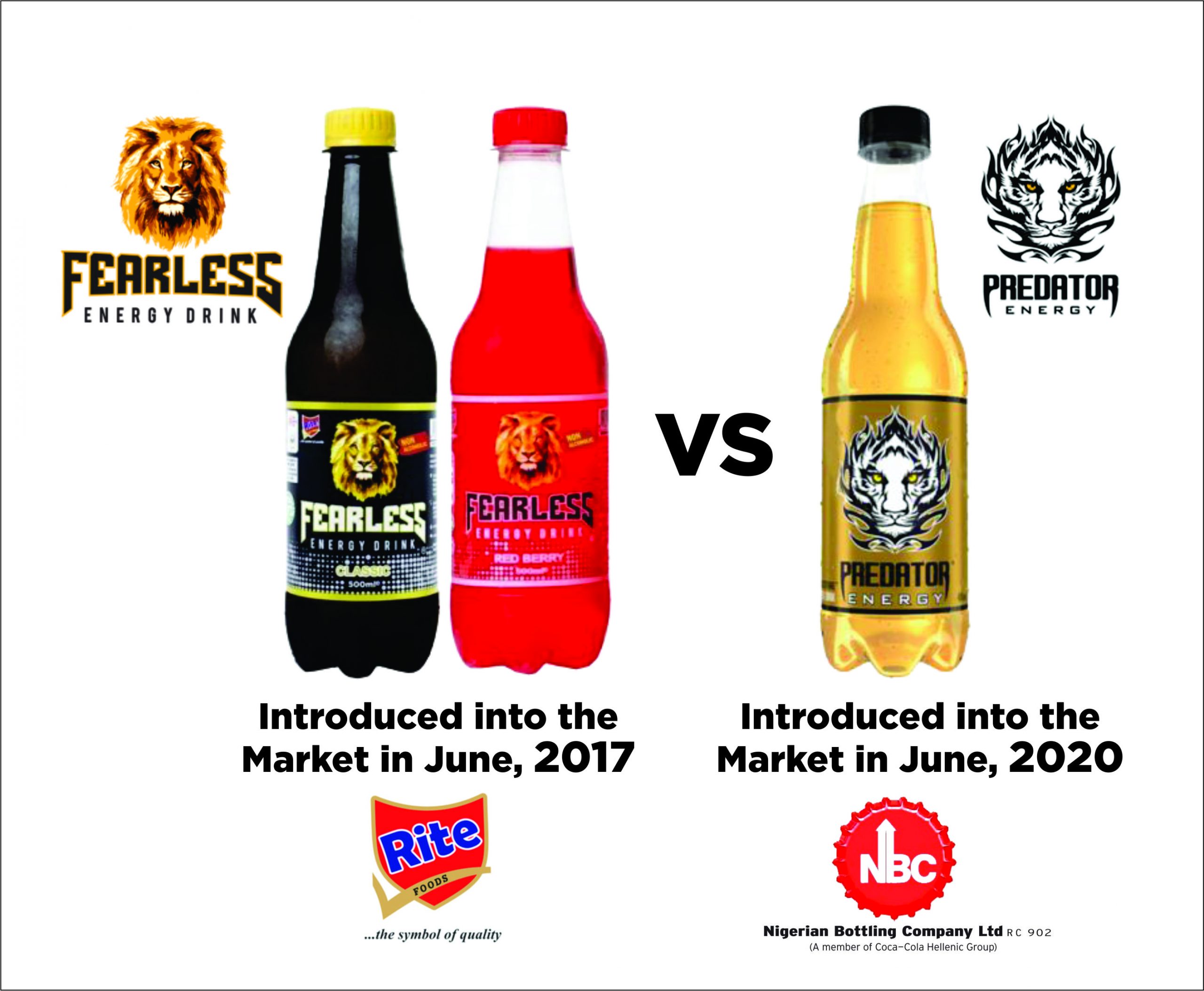 The court adjourned to that date at the instance of Rite’s counsel who wanted extension of time to file the responses to NBC’s reply to his client’s complaint of passing-off of its “Fearless” brand of energy.

On September 22, 2021 counsel for Rite Foods and its owner, Muyiwa Ogungbenro and that of Nigerian Bottling Company’s managing director, Dr Khrushchev Ekwueme, had heated arguments on the legal tussle on NBC‘s alleged infringement on Rite Foods’ “Fearless” energy drink.
The contempt proceedings brought by Rite Foods against NBC came up for the second time before Hon. Justice Allagoa on Wednesday, September 22, 2021.
As the applications for the extension of time to file responses to NBC and its Managing Director were moved, the court granted the request and subsequently adjourned the case to October 27 2021, for further hearing.
The contempt proceeding is an offshoot of a claim filed by Rite Foods alleging passing-off by NBC of its Fearless energy drink.
In the claim, which is before Hon. Justice Aneke, Rite Foods obtained interim injunctions against NBC to stop it from advertising or promoting its Predator energy drink in a manner that is capable of infringing on its Fearless energy drinks. Rite Foods alleges that NBC and its Managing Director, disobeyed the interim order
By the contempt proceedings, Rite Foods is seeking orders committing NBC’s managing director to prison until the company obeys the injunctions.
It would be recalled that the passing-off case came to light sometime in March 2021 in Suit No: FHC/L/CS/92/2021 at the Federal High Court, Lagos. Form 48 was published on Friday, March 19, 2021, in ThisDay and Guardian Newspapers. Rite Foods alleges that NBC has infringed on its trademark with its Predator energy drink, which has adopted a lion head in resemblance of the mark on its Fearless energy drinks brand.
Rite Foods claims that it has been using and trading with the lion image since 2017, three years before the NBC’s Predator came into the market in 2020.
The report also contains notice of consequences of disobedience of court order issued to NBC’s Managing Director and an ex parte order restraining the company from promoting or using any sales promotion material for its Predator energy drink in a manner that infringes or passing -off on its product.