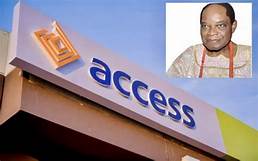 Access Bank must now be considering to wear a double thinking cap to continue to prosecute its N50billion case it brought against the late business mogul, Chief Sonny Odogwu and his estate, as one of its partners and co-plaintiff, Siete Trading Limited, has withdrawn from the suit it filed along with Access Bank Plc against the estate of Chief Odogwu and other defendants at the Federal High Court, Ikoyi, Lagos.
The defendants are Robert Dyson & Diket Limited, Sio Properties Limited, Kenneth Odogwu (sued as beneficiary and in a representative capacity on behalf of all the administrators of the estate of late Chief Sonny Odogwu) and the Registrar of Title, Federal Land Registry. The suit is numbered FHC/L/CS/1955/2021.
The company informed the court of its decision in a notice of withdrawal dated January 11, 2022, filed by the firm’s lawyers, led by Oluwakemi Balogun (SAN).
It reads: “Take notice that the second plaintiff (Siete Trading) withdraws from this suit and also withdraws all its claims as it relates to it in the Originating Summons dated 20th of December, 2021 against the defendants in this suit.”
The plaintiffs had accused the defendants of owing the bank N50billion.
But the defendants, through their lawyer, Chief Anthony Idigbe (SAN), said they had fully discharged their financial obligations in the matter.
The defendants said the settlement was by a debt-for-asset swap in full and final settlement of the dispute and the indebtedness.

Access Bank should now be worried very seriously as the party, the company, to whom it purports to have sold the disputed Ikoyi Crescent property and with whom it is waging the legal war against the Odogwu family has thrown in the towel and backed out of the case by abandoning bank to its fate?