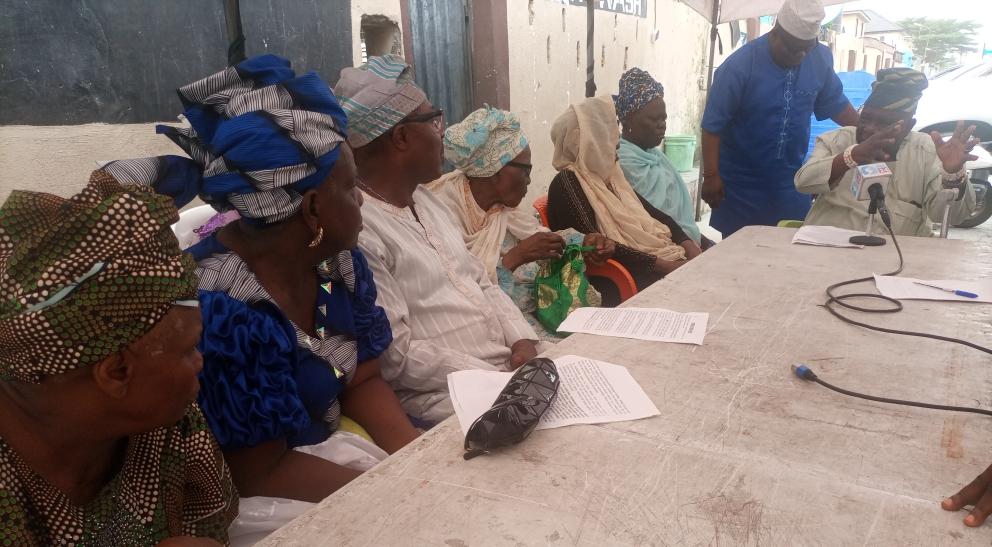 The Omowunmi-Abisogun Ruling House has again reinstated their commitment to join hands with His Royal Majesty Oba Abdulwasiu Omogbolahan Lawal, the Oniru of Iruland, Victoria Island, Lagos, and give him all supports he needs to succeed.

The royal family also called on remaining members of the family that are still aggrieved to come forward, join and work together with them in supporting Oba Omogbolahan Abdul Wasiu Lawal Abisogun. They said this will bring peace to the Family and Iruland and its environs.

The family who stated this during a press conference held on Friday, last weekend, also said their family Head is Alhaji Biliaminu Abisogun.

Reading a prepared speech, Prince Lasun Adele disclosed that two out of three principal actors in the suit challenging the emergency and enthronement of Oba Lawal have withdrawn from their representation in the suit.

Those who withdrew from the suit are, Alhaja Afusat Kabiawu and Prince Tunde Alade Dauda.

“The Family also resolved that all pending litigation against His Royal Majesty be withdrawn immediately subject to the filing of Terms of settlement in court.

”We will like to put it on record that we have all resolved to contribute to the development of Iru Kingdom by collaborating with His Royal Majesty to achieve this objective.

“The Family is not unmindful of the fact that there are still few members of the family who still feel aggrieved about the selection of his Royal Majesty. We however assure that we are still engaging them with a view to helping them see reasons to join hand with his Royal Majesty for the progress and development of the Iru Kingdom.

“The attention of the Family was drawn to some publications, news, and print media that we are not authentic members of Omowunmi Abisogun of Iru Kingdom. We implore the general public to disregard them and such publication as same are a figment of their imagination. There are, however, avenues to seek redress if they feel strongly about the statement rather than engaging in cheap propaganda.

“We hereby appeal to other aggrieved members of Omowunmi Abisogun to come forward, join and work together with us in supporting our Royal Father HRM Oba Omogbolahan Abdul Wasiu Lawal Abisogun. We believe in peace, bringing the family together. This is our goal and we are not going back”.