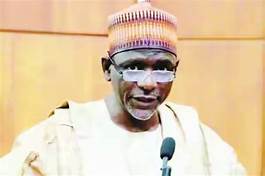 A postgraduate student of Ahmadu Bello University (ABU), Zaria, Kaduna State, Mr. Oyeniyi Oyewole Iwakun has written a strong worded letter to the Vice Chancellor of the institution announcing his withdrawal from the university in protest of the gruesome murder of the second year student of Shehu Shagari College of Education, Sokoto, Miss Deborah Samuel by her colleagues over alleged blasphemy of Prophet Muhammad.

Mr. Iwakun whose admission number is P21SSPS8018 in the School of Postgraduate Studies, Department of Political Science in his letter titled: “RENOUNCEMENT OF MY STUDENTSHIP IN PROTEST OF THE GRUESOME MURDER OF SOKOTO COLLEGE STUDENT”, said he wished to inform the VC of his decision to renounce his studentship of the institution on good reasons.

In giving his reasons he wrote: “This decision is in protest of the gruesome murder of an innocent 200 level student, Miss Deborah Samuel of Shehu Shagari College of Education, Sokoto on Thursday, 12th May 2022 by some uncultured and evil minded religious extremists.
“I opine that no matter her offence, nothing justifies the action of her murderers. More worrisome as shown in the online video in circulation on the social media is the supervised and organized manner of her killing and cremation in a broad day light.
“As a detribalised young man with liberal views on religion, I see this ugly incident as most unacceptable in recent time therefore births my skepticism about my safety in Zaria, Kaduna State which has similar features of religious cum tribal intolerance, orchestrated insecurity and uncurtailed activities of bandits and terrorists.
Concluding the short letter with rich content he said: “It may be her today, but who knows who is next tomorrow?
“Please accept this open letter as my contribution to the demand for justice for the late Deborah Samuel.
It is my hope that the perpetrators of this dastardly act are brought to book as against the usual narratives in the past”.

WORDS ON MARBLE: “You can only sleep in one room no matter the number of houses you have. You can only sit in one car at a time no matter the number of cars you have.Look around your surroundings and help people. The moment you die without touching the lives of people, you have acquired a PhD in stupidity inside your grave. The rest is up to God to decide.Barr. Allen Onyema, (CEO, Air Peace, Nigeria and recently a National Productivity Merit Award winner.)