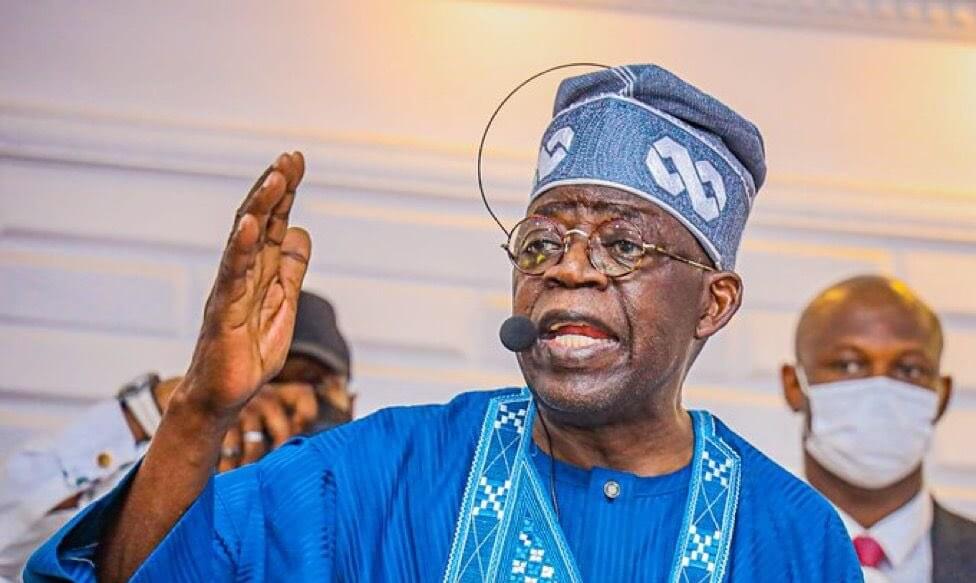 THE national leader of the All Progressives Congress and former governor of Lagos State, Asiwaju Bola Ahmed Tinubu, has clinched the presidential primary ticket of the party as he polled votes 1271 votes at the end ballot counting in the nation’s capital, Abuja.

He was trailed by former Governor of Rivers State and immediate minister of Transportation, Rotimi Amaechi, who scored 316 votes and Vice President Yemi Osinbajo, who came third got 235 votes.

Other aspirants who participated at the election were Rochas Okorocha, Pastor Tunde Bakere, Ikeobasi Mokelu and Mr. Jack Rich who could not gather a single vote each.

A total of 2,260 delegates of the All Progressives Congress voted at the ongoing party’s Presidential Primary at Eagle Square, Abuja.

The total rundown of states and their respective accredited delegates are as follows:

The PUNCH had reported that selected members of APC have gathered to choose a candidate for next year’s election to replace President Muhammadu Buhari.

They are to select a candidate to face 75-year-old Atiku Abubakar of the opposition Peoples Democratic Party among others in the February 25 presidential poll.

Buhari, who is stepping down after the two terms he is allowed in the constitution, arrived at the Eagle Square convention centre early in the evening on Tuesday before voting started.

The Nigerian leader has spent days leading up to the convention in negotiations with the APC’s leaders seeking unity over a party candidate.

“The fate of the party depends on what we do here,” APC party chairman Abdullahi Adamu said, echoing Buhari’s call for unity in the ranks.

“We cannot go into the general election next year without putting our house together.”

Part of the APC’s debate over candidates relates to “zoning” – an unofficial agreement among political elites that Nigeria’s presidency should rotate between those from the predominantly Christian south and those from the largely Muslim north.

After northern Buhari, observers expected the presidency to go to a candidate from the south.

But the PDP – which held its primary on May 28 and 29 – chose Abubakar, a former vice president and a political stalwart who is a northern Muslim.

The opposition’s choice to ignore “zoning” has made the APC reconsider how their candidate will appeal to the north, where voter numbers and participation are traditionally higher.

Buhari, who is the leader of the ruling party, has not declared support for any candidate and instructed APC members to “allow the delegates to decide.”

“Our objective must be the victory of our party and our choice of candidate must be someone who would give the Nigerian masses a sense of victory and confidence even before the elections,” he said last week.

Heavy security was deployed in central Abuja early Tuesday and streets were gridlocked as hundreds of APC supporters wearing the party colours of green, white and red gathered in and around the venue.