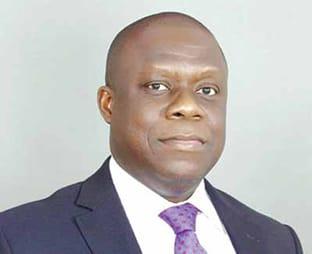 ….. Editor’s commentary: On Friday this week, the Catholic Diocese in Ondo will go ahead and conduct mass burial for over 40 victims of the Owo massacre that took place at St. Francis Catholic Church, Owo on June 5, 2022. Our heavy hearts grieve for these departed souls who were escorted prematurely to the Great Beyond by yet to be identified heartless gunmen. Though the Federal Government claimed that this heinous crime was carried out by ISWAP, it is yet to be believed whether this conclusion was a result of a thorough investigation or arrests made, or even the declaration of the terrorist group.

The author in this article condemned this unprovoked attack. But he is worried that the procedure that would have helped to unearth the crime provokers and get them arrested has started on a shabby note with the lackluster gathering of forensic evidence from the crime scene and a bumpy approach of the investigation by detectives and other security agents. According to him, if these steps are not corrected now it will make prosecution and adjudication in the matter a hard nut to crack.

He however made some suggestions that the states and the Federal Government should show serious commitment in funding and building Forensic Laboratories across the country as well as making efforts to overhaul Nigeria’s Administration of Criminal Justice System.

“The criminal justice administration system in Nigeria needs urgent overhaul and very serious investment in manpower, training, technology, science, and equipment. Unfortunately, there is no sufficient commitment and continuity to these issues in most of the states and the Federal Government”, he observed.

On 5th June 2022 Nigerian’s woke up to learn of a dastardly attack by yet to be identified gunmen on Francis Xavier Catholic Church, Owo, in Ondo State killing and wounding several people.The gunmen allegedly came with automatic rifles and explosives with which they launched an unprovoked attack on worshipers.Till date the security agencies have made no arrests, but the Federal Government has blamed ISWAP a known terrorist organization for the heinous attack.

One of the many pictures and videos from the sad incident shows the Governor of Ondo State, Rotimi Akeredolu SAN, security operatives and several people in the church after the attack walking around the church which had become a crime scene after the attack.

In most developed jurisdictions, following such an attack the first thing the security services are required to do is to secure the location of the attack which would have been immediately designated a crime scene. The scene would usually be cordoned with police crime scene tape and restricted to only authorized personnel.

In addition, eyewitnesses and people within the vicinity would also be thoroughly interviewed. This may provide valuable information about things like the number of attackers, their physical descriptions, the vehicles they may have come to the crime scene with or their means of transportation. Sketches of suspects would also be drawn by Police sketch artists based on eyewitness descriptions, and they would be publicised for members of the public to be on the lookout.
The first and foremost reason to protect the crime scene is to prevent contamination of the scene and any evidence in the scene. The scene can be contaminated by people (including all those who “officially” attend the scene, as well as the curious public, press and media who have an interest in what’s going on inside the cordon). And contamination can also occur because of changes to weather conditions, so it is important too to protect the scene from weather conditions which might damage the scene after the crime has occurred.

The visit by the Governor of Ondo State and other persons to the Church should have been restricted because the Church and its environs had become a crime scene following the attack.

It would also have been expected that the Nigerian Police or the relevant security agencies would have protected the scene and deployed crime scene investigators (CSI) to the location to gather evidence which would have been likely left behind by the attackers.

In forensic science, Edmond Locard who was a famous French criminologist principle holds that the perpetrator of a crime will bring something into the crime scene and leave with something from it, and that both can be used as forensic evidence for investigation, prosecution and adjudication. It is for this reason that collection and analysis of gathered evidence from a crime scene is so important.

The CSI will almost certainly need to wear personal protective clothing (PPE) such as a scene suit, over shoes, and gloves both to reduce the possibility that they might themselves contaminate the scene (by shedding hairs in to the scene for example) and to protect themselves from potentially hazardous substances (such as the powders or chemicals they use at the scene of crime as well as chemicals and items used by the attackers). I did not see any evidence from the pictures or video that such PPE equipment was deployed by the Police or other persons visiting the crime scene. If properly investigated the Owo attack crime scene could reveal the following important non-exhaustive list of forensic evidence: (a) There would likely have been shell casings from the weapons used by the attackers, which could have fingerprints that can be traced, as well as other markings of forensic significance that could link the bullet/weapon to a supplier and/or manufacturer.

b) The bullets can be matched by ballisticians to weapons used by the attackers.

c) There could be shoe prints that could determine footwear worn by the attackers.

d) There could have been fingerprints left that can be matched to fingerprints in a data base (America has AFIS which is the Automated Fingerprint identification system).

e) There could have been blood, hair or any other biological substance from which DNA can be extracted and matched to samples in a DNA data base (America has CODIS which is the Combined DNA Index System).

f) If explosives were used there would be explosive residue from which forensic evidence can be extracted and analysed for signature.

If the above forensic evidence is properly collected and analysed by the security services, it could lead to the swift apprehension of the perpetrators of this crime and reconstruction of the crime. Unfortunately, I am not certain that Nigeria has a fully functional updated fingerprint data base. There is no DNA data base because the Lagos State DNA & Forensic Center (LSD&FC) Laboratory that established the first DNA Index System in Nigeria and started the population of the database was destroyed by misguided miscreants during the ENDSARS riot.

In the same vein the highly commendable Crime scene investigation collaboration between LSD&FC and the Police was also truncated by the riot. If the attackers are apprehended, then Prosecutors will need to make a case from the Forensic evidence gathered. The forensic evidence will need to be tied to the attackers to place them at the crime scene in addition to any confessions they may make. The evidence gathered and analysed by the forensic investigators will need to be meticulously charted and documented in the Prosecutors proof of evidence to build an unassailable case against the suspects. The beauty of forensic evidence is that if properly used by the Prosecutor it will build a watertight case and make adjudication and conviction by the Court easier.

The criminal justice administration system in Nigeria needs urgent overhaul and very serious investment in manpower, training, technology, science, and equipment. Unfortunately, there is not sufficient commitment and continuity to these issues in most of the state governments and the Federal Government. Any decent Forensic laboratory will cost billions of naira to set up and function and must be run as public service to fight crime and not as a profit centre.

It is only when key decision makers begin to re-order our priorities and spend the required funds on criminal justice administration that the next “Owo” can be possibly prevented.

Adeniji Kazeeem, SAN, is a former Attorney-General and Commissioner for Justice of Lagos State.