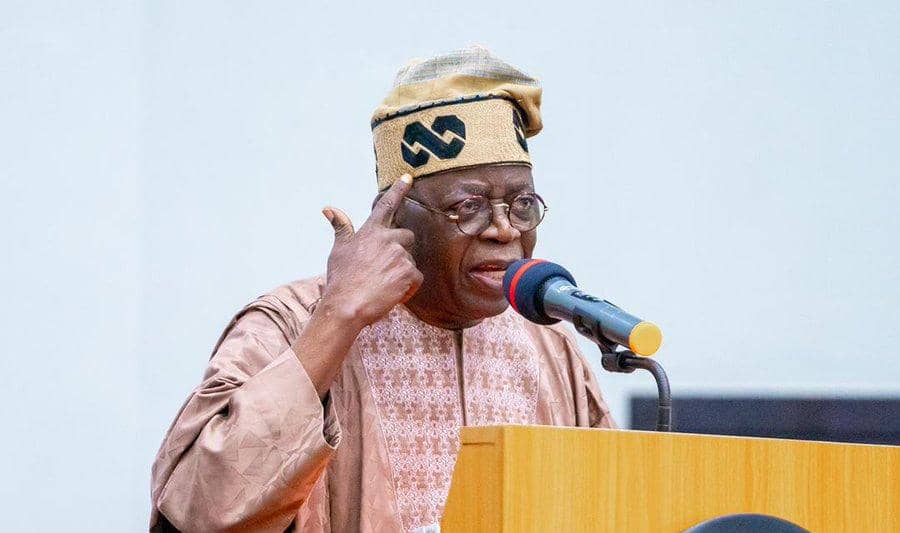 THE National Publicity Secretary of the Peoples Democratic Party, Debo Ologunagba, said the legality of the sponsorship of the presidential candidate of the All Progressives Congress was voided according to the 2022 Electoral Act.

Ologunagba stressed that the recent court judgment that nullified the candidate of the APC in the recently concluded Osun State governorship election, Adegboyega Oyetola, could be extended to the candidacy of Asiwaju Bola Tinubu.

In a press briefing in Abuja, monitored on Facebook Live by our correspondent, on Saturday, Ologunagba claimed that the illegality of the role of the APC Caretaker committee, Mai Mala Buni, who also doubled as both the state governor of Yobe State, was illegal based on Section 183 of the Electoral Act.

He said, “Mai Mala Buni was assumed to be Chairman of the APC and the laws say that if you are an executive governor you cannot double as Chairman. This has led the court to nullify the candidacy of the Governor of Osun State, Oyetola.

When asked whether the PDP would go to a court of competent jurisdiction to establish its claim, he said the party had earlier advised the APC concerning the matter and had studied the recent judgment of the Oyetola case.

He, however, said, “the PDP will not announce whether we are going to court. When we want to go to court, you will know.”

When asked about the unity of the PDP, given the ongoing differences between the Wike camp and the Ayu camp, he said, “You mistake Atiku to be PDP. Atiku is a product of PDP. I understand that Nigerians are legitimately concerned for the party but reconciliation is not a 100m dash, it is a marathon.”

Oloogunagba said the moves made by Atiku to reconcile Wike to the party have shown Nigerians that Atiku was a unifier.

He added. “Nigerians have accepted Atiku as a unifier, The multiple actions of the Board of Trustees, National Working Committee, and Atiku have given Nigerians reasons to trust us to bring all party members together.  You will begin to see more actions. The NWC and the BoT are working. We are united, you saw what played out at the book launch of Solomon Lar.”

Speaking on the preparedness of the PDP, he said “We are ready and we are compliant with the rules. Some other parties are playing catch up. We signed the peace accord, and Atiku was there. A party candidate did not show up. We don’t want a president by proxy.

FOR SPONSORSHIP, PATRONAGE ON OUR PUBLICATIONS AND ADVERT PLACEMENTS: