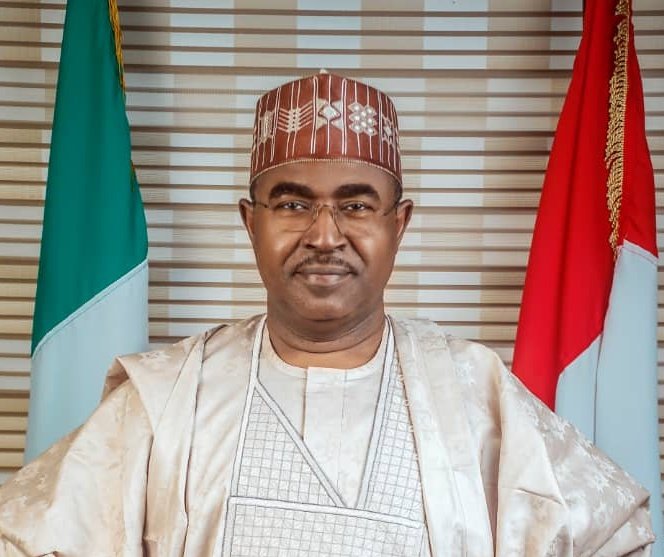 But the NDLEA denied concealing any assets seized from the convicts in an interview with PREMIUM TIMES on Friday.

PREMIUM TIMES had reported how the judge, Okon Abang, sentenced the nine drug barons to 10 years in jail, on Tuesday, and rebuked the agency for blocking stiffer punishment for them.

They were all caught in March 2016 at a “clandestine” laboratory in Asaba, Delta State, where they were producing a cocaine-like substance – methamphetamine, with evidence also showing they were operating a drug trafficking organisation.

Justice Abang condemned NDLEA for entering into a plea agreement with the drug barons at an advanced stage of the six-year-old trial when their guilt had already been established.

Only some assets linked to the drug barons were listed in the plea agreement for permanent forfeiture.

Abang ordered them to be permanently forfeited to the federal government on Tuesday.

The judge ordered the sums of money to be paid into the federation account kept by the Central Bank of Nigeria (CBN) within 30 days.

Apart from seeking to reduce the jail time of the drug traffickers, the judge said, the plea agreement did not account for the landed assets recovered from the defendants.

“The NDLEA has not disclosed the entire property recovered from the convicts and admitted in evidence in the purported plea bargain agreement dated 30 June 2022 that ought to have been forfeited to the federal government of Nigeria,” Abang had insisted on Tuesday.

He noted that the illicit substances seized from the defendants admitted during the trial as exhibits and kept in the custody of NDLEA, and the equipment recovered from the clandestine laboratory were not presented for forfeiture.

Similarly, the judge said the landed assets recovered from the convicts were also excluded from the plea agreement.

The assets, according to the judge, included plots of land in Lagos, Ogun, and Anambra States, and a house in Abuja.

“Where are those landed properties that were attached (seized)? Why are they not disclosed in the plea bargain agreement?” Justice Abang queried.

He listed the allegedly concealed assets as follows:

‘How undisclosed assets were discovered’

Justice Abang said in his judgement that he discovered the concealment from an ex parte application filed by the NDLEA on 1 September 2017, listing the landed assets, described as part of proceeds of the illicit drug transactions of the defendants, for forfeiture.

With trial already ongoing at the time, the judge directed NDLEA to convert its ex parte forfeiture application to a motion on notice which would be served on the defendants to enable them to have a say in it.

But the NDLEA opted not to pursue the application any further. Nothing was said about the forfeiture application or the assets for the rest of the trial.

Abang said the NDLEA ought to have presented the assets in the plea agreement for the court to order their forfeiture to the federal government.

“These assets, seized by the NDLEA, ought to be declared to be transferred to the federal government of Nigeria,” he said.

With the NDLEA failing to file the assets for forfeiture in the plea agreement, Abang said, “I hold that the NDLEA is not transparent here, and cannot use the court to put a seal on an unlawful transaction.”

Shortly after the arrest of the drug traffickers in 2016, the NDLEA charged them with five counts, including illegal production of illicit drugs and operation of a drug trafficking organisation.

The alleged offences attract between 15 to 25 years in jail under the NDLEA Act.

But in July, after six years of trial and 21 witnesses paraded in the case, NDLEA entered into a plea bargain agreement with the drug barons to secure a reduced jail term for them.

The plea agreement proposed a 10 years imprisonment backdated by six years for the defendants.

It sought to reduce the convicts’ jail term by the six years they already spent in detention while standing trial. It would have left the convicts with less than four years to spend in jail.

The plea agreement also presented a list of some assets seized from the defendants as proceeds of illicit drug transactions for forfeiture to the federal government.

The judge, in his judgement on Tuesday, adopted the proposed 10-year jail term for the defendants but refused to backdate it.

He also ordered the forfeiture of the few assets, described as proceeds of the crimes of the defendants, but exposed many more that were excluded from the plea agreement.

But the NDLEA on Friday denied any wrongdoing in the case.

Speaking with PREMIUM TIMES on the telephone, the agency’s spokesperson, Femi Babafemi, said the assets referred to by the judge were either non-existing or belonged to other persons.

He recalled that the agency recovered the title documents of the property from the apartments of the defendants during investigations, only to later discover that “they were cooked-up documents.”

Mr Babafemi said the NDLEA had rushed to court, upon discovering the title documents, as a usual practice, to file for an interim forfeiture to stop assets from being sold off by the defendants or their cronies.

He said checks at various land registries would, however, later reveal that the title documents were cooked up.

“The documents were found to be cooked up, possibly to be used for securing loans for the laboratory which the defendants were building at the time,” Mr Babafemi said.

He added: “Investigations showed that many of the plots of land were not in existence.

“Those that were in existence were discovered to be bare pieces of land that belonged to other persons entirely.”

Meanwhile, records show that it took more than one year after the arrest of the defendants in March 2016 for the NDLEA to file for the forfeiture application in September 2017.

Mr Babafemi also defended the plea agreement the agency entered into with the drug traffickers, saying it was a globally-accepted practice in a criminal prosecution to save cost and time.

He said the case in question had gone on for six years with no end in sight at a huge cost to the agency.

He added that the NDLEA was also bearing the cost of providing an interpreter that was translating the proceedings conducted in the English language to the Mexicans in Spanish. “The cost of provision of an interpreter ought to be that of the court, but the agency was bearing it from the inception of the case.”

“So, when the defendants approached the NDLEA to say they were ready to plead guilty, the agency accepted it. It is a practice that is done in criminal prosecution globally to save resources and time,” the NDLEA spokesperson said.

The case was not the first one in which Justice Abang had exhibited decisiveness in holding prosecutors’ feet to fire over questionable plea bargain agreements.

In November last year, the judge unsparingly rebuked a federal prosecutor from the Federal Ministry of Justice for filing a “questionable” plea agreement that enabled some oil thieves to escape life imprisonment.

In a case with elements of economic sabotage, Justice Abang revealed in his judgment delivered on 24 November 2021 that, the N200 million worth of crude oil recovered from the oil thieves was sold for N17 million.

The judge summed up all the rot in the case by describing the plea agreement between the prosecution and the defence as “sordid, and morbid, very unpleasant and dirty.”