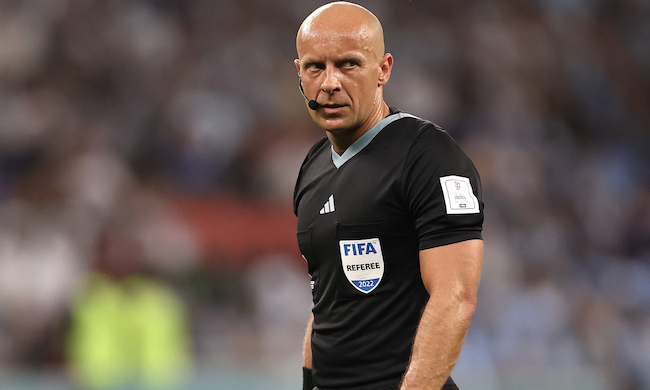 A Polish referee, Szymon Marciniak, has been chosen to oversee the Qatar 2022 World Cup final between Argentina and France on Sunday.

According to Sports Center, FIfA referee chairman, Pierluigi Collina has picked Marciniak as the man for the tournament’s big match.

That is after the 41-year-old’s strong performances refereeing both finalists in the World Cup’s earlier stages.

The Polish referee officiated France’s 2-1 win over Denmark in the group stage.

Marciniak also called Argentina’s 2-1 victory against Australia in the Last 16.

His experience refereeing both competitors means he has convinced himself he has what it takes to manage the final.

That is after Premier League official Michael Oliver was sent back to England.

Fellow English referee Anthony Taylor remained in Qatar but wasn’t in the running for the final.

England fans, though, will be satisfied Wilton Sampaio didn’t get the nod.

Sampaio was considered a candidate despite his controversial calls during the Three Lions’ quarter-final clash with France, which saw Gareth Southgate’s men getting knocked out after losing 2-1.

The Brazilian referee awarded England two penalties but failed to spot another when Dayot Upamecano fouled Harry Kane inside the box.