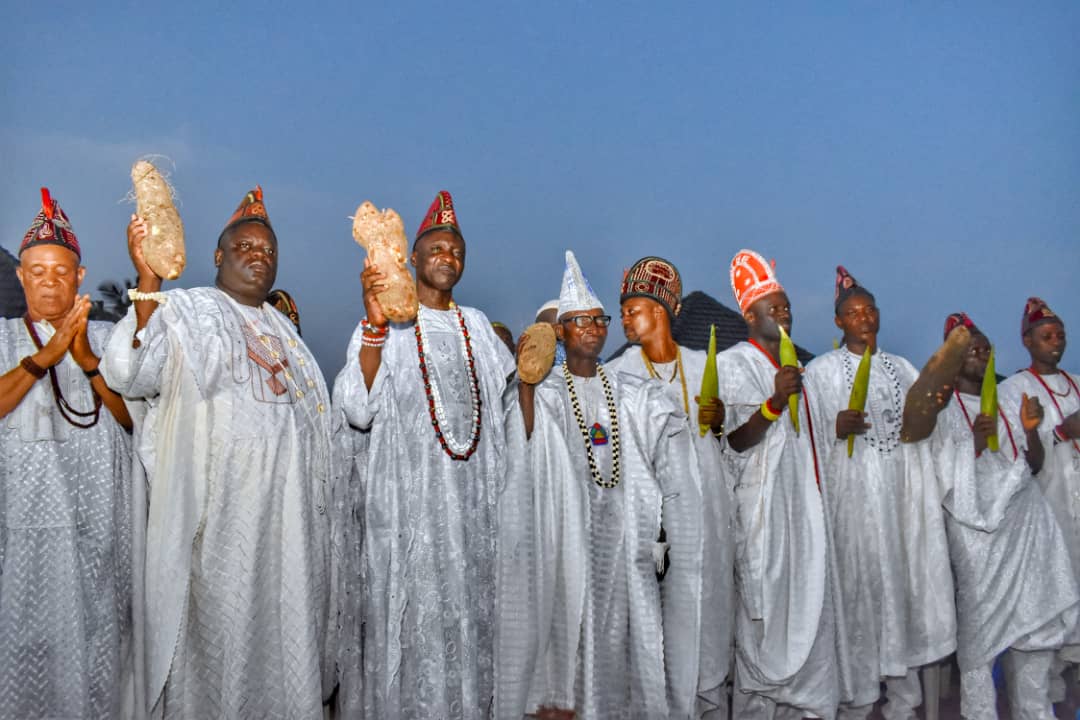 The popular annual new yam festival in Eruwa community of Oyo State has been stalled as a result of the ill-health of the aged Oluwo (chief priest) of the community, our correspondent reports.

The festival, which announces the arrival of the new yam, is usually held in July every year and is one of the major festivals of the community.

Local observers informed that it is traditionally forbidden for indigenes of the community to eat or sell the new yam until after this festival.

The Oluawo of Eruwa is expected to break and introduce the new yam by tradition before traders could commence selling in the community.

However, owing to the ill-health of the 90-year-old Oluawo, and the refusal of his nephew, Mr. Olusegun Ola, who is the heir apparent, to take over the role, the community has been left in confused state. Sources said the Ifa Oracle had long chosen Ola to take over from his uncle but he had declined the offer on the grounds of his Christian religion.

Meanwhile, tension now mounts in the ancient town owing to the inability of the locals to observe the annual Yam Festival, following the refusal of Ola, the divinely approved Oluawo, to accept the offer.
Investigations, however, showed that 33-year-old Ola had been living in fear as a result of frequent threatening phone calls from the cult group and following the recent visit of prominent and influential members to his Ikorodu residence in Lagos.
Our source informed that there was a recent emissary from the community that visited his Lagos residence and gave him a 60-day ultimatum to accept the native cult title and perform the Yam Festival’s ritual or risk dire consequences.
Meanwhile, the community’s cult group have threatened to trace Ola to wherever he is hiding in the country, as “we cannot but perform the New Yam Festival”, it was further gathered.