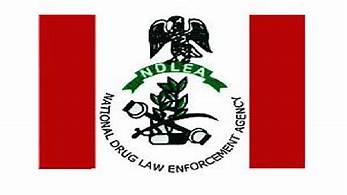 A South African returnee, Raji Issa Adio, is to spend the next 38 years behind bars having been convicted and sentenced for trafficking in 5. 10 kilogrammes of  banned hard drugs.

The 43 year-old convict, was given the jail terms by Justice (Professor) Chuka Austin Obiozor, of the Federal High Court, Lagos, after finding him guilty of three count-charge of conspiracy and unlawful possession of 5.10 kilogrammes of Heroine made against him by the National Drug Law Enforcement Agency (NDLEA).

The convict was first arraigned before the court on December 7, 2017 and he pleaded not guilty to the charges.

During the trial of the case, NDLEA lawyer, Mrs. Juliana Imaobong Iroabuchi, called witnesses and tendered 13 exhibits which included the banned drugs seized from the convict, his international passport, test analysis of the seized drugs and foreign currencies.

And the convict, while being led by his counsel, Chief Lilian Omotunde, defended him against the charge.

Obiozor consequently sentenced the convict to 15 years imprisonment on both count one and third of the charge while sentencing him to eight years in prison on count two.

The judge pronounced that the convict’s jail terms will start counting from September 3, 2017, when he was arrested .

Justice Obiozor while making the ordered said the jail term is to run concurrently.

NDLEA in a charge marked FHC/L/429c/2017, stated that the convict was arrested on September 3, 2017,  during the inward clearance of South Africa Airways flight to Lagos, Nigeria, at the E-Arrival Hall of the Murtala Mohammed International Airport Ikeja, Lagos, within the jurisdiction of this court, without lawful authority, knowingly possessed 5.10 kilogrammes of Heroin which were concealed under his two traveling bags in the form of false Buttons

He was also said to have about September 2, 2017, while at South Africa conspired with one Segun and Eddie, both reside in South Africa and now at large, to import the banned drug to Lagos, Nigeria.

The offences according to the prosecutor, Mrs. Iroabuchi, are contrary to and punishable under Section 11(d), 11 (a) and 14 (b) of the National Drug Law Enforcement Agency Act, Cap N30, Laws of the Federation of Nigeria, 2004.