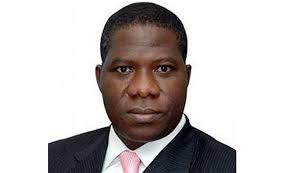 A member of the seventh House of Representatives, Hon. Opeyemi Bamidele, has insisted that he and the former Governor Kayode Fayemi have struck a pact of a very good relationship that will ensure victory at the poll for the All Progressives Congress (APC) to win the July 14 governorship election in Ekiti State.

Bamidele said  he decided to settle the rift with  Fayemi purposely because the two leaders need to work assiduously to ensure that the party returns to power in Ekiti State.

He described the agitations by aspirants from Ekiti South Senatorial District that power must shift to the zone as a legitimate one, clarifying that such would not preclude contestants from other
districts from exercising their rights in line with the Constitution.

Bamidele and Fayemi have been seen fraternizing with each other in recent times, which some people interpreted to mean an attempt by the minister to persuade the former federal legislator to renounce his ambition for the ex-governor to scheme a return to Ekiti Government House.

The two parted ways prior to the  2014 governorship poll, forcing Bamidele to contest on the platform of Labour Party for the 2014 gubernatorial election.

Speaking in Ado Ekiti on Wednesday while declaring his governorship intention at the party’s secretariat in Ado Ekiti, Bamidele said the pact between him and Fayemi was not for personal aggrandizement , but for the corporate benefit to the party .

“Yes, the minister visited my office in Abuja and the special adviser on political matters to the President, Mr Babafemi Ojudu also wrote a goodwill message to me as I declare my intention today. To me, this is a sign of good development.

“All these shouldn’t give room for speculation that someone was trying to persuade the other to shelve ambition for the other. All the party leaders must work together, so our working together and their visits to my office was not  for  selfish interest or about our ambitions alone.

“I have made it clear at every political gathering I attended that I have settled rift with Fayemi . The two of us are frontline party men and we have to work together to rescue our party. We are doing same with Engr. Segun Oni, all in the interest of our party”, he said.

He said the agitations for zoning won’t preclude him and others from exercising their rights to contest for the governorship seat.

“I want to say that zoning is a legitimate issue. It is also legitimate for every district of the state to aspire in line with the Constitution of the Federal Republic of Nigeria.

“The constitution of our party didn’t respect zoning and even the constitution, so we are free to contest irrespective of the legitimacy of the agitations”.

Bamidele said he never defected from APC to another party, saying the party had not been formed when he defected to LP in 2013.

“I was one of the legal team that returned the Certificate of
Registration of the defunct Action Congress of Nigeria to INEC for APC to be consummated.

“I stood with the ACN till the last time  when the certificate was returned. The progressives then were not unaware of the need for us to merge with other parties to be able to win at the centre and that led to the death of ACN.

“But because of the misunderstanding among the leaders of our party, I then quit even before the registration of the new party.

“This is not even a basis for argument. Senator Ayo Arise left the Action Congress to the PDP in 2007 when he thought the primary that produced Fayemi was not fair enough and today, he is back, ditto Engr. Oni.

The deputy chairman of the party, Mrs Kemi Olaleye, said the party holds Bamidele in high regard , saying his declaration would be an impetus to the party to reclaim the state back from the PDP.

One thought on “Ekiti 2018: Fayemi and I have cordial relationship, says Bamidele”