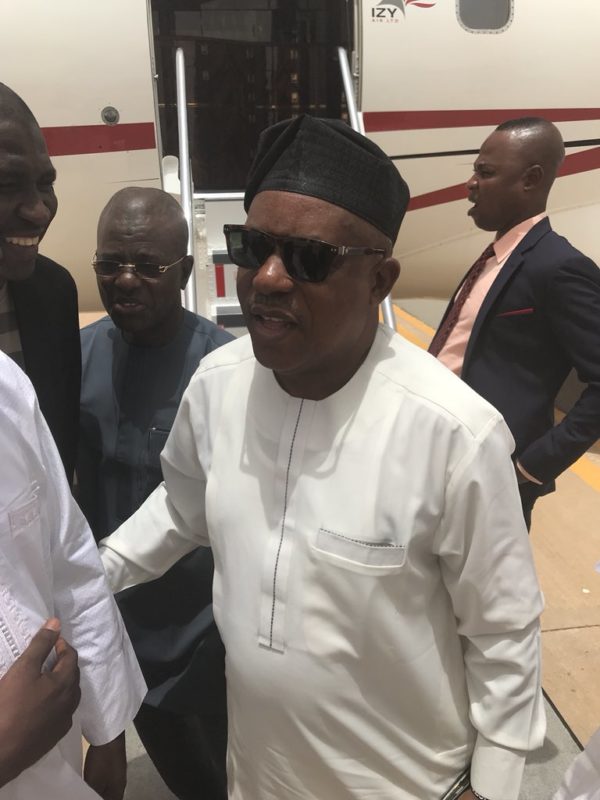 The High Court in Port Harcourt has restrained Information and Culture Minister, Lai Mohammed from further publishing the name of the National Chairman of the People’s Democratic Party, (PDP), Uche Secondus, in looters’ list.

The Chief Judge of Rivers state, Justice Iyayi Laminikara, who presided over the matter of libel, asked the plaintiff to serve the defendant with the appropriate notice.

The defendants or their representatives were absent in court.

Secondus had on March 31, 2018, demanded a public apology and the sum of N1.5 billion as compensation, following the list of alleged looters revealed by the Federal Government.

He made the demand in a statement by his media aide, Ike Abonyi, a day after the Minister named Secondus among those who allegedly looted the nation’s treasury.

According to the list released, Secondus was alleged to have received the sum of N200 million from the office of the National Security Adviser (NSA) on February 19, 2015.

The PD National Chairman, however, gave the minister 48 hours to withdraw the statement against him and tender a public apology, or face litigation.

Having failed to meet the demand, Secondus on April 6, 2018, file a suit against the minister, alleging defamation of character.

“In the suit no/PHC/1013/2018, he asked the court to award him the sum of N1.5 billion as damages for “humiliation, castigation, vilification attack on his person and integrity as a result of the publication.”

He also claimed that the list published by the minister was defamatory and urged the court to direct Mohammed to retract the said publication and apologise in writing.

However, in today’s sitting, counsel to Secondus who led other Senior Advocates to court, Emeka Etiaba, explained that the matter was on course.