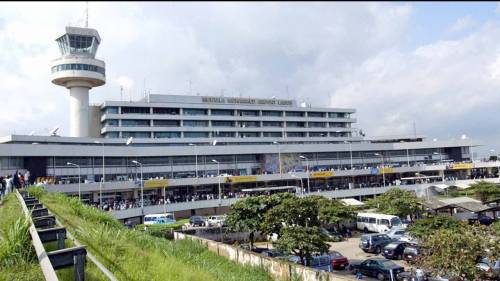 Thieves have descended on materials meant for rehabilitation of the terminal building of Murtala Mohammed International Airport, Lagos contained in containers, which have been abandoned at the airport for about five years.

More of the abandoned containers have been reportedly vandalised recently.

The containers, which have as contents building materials like iron beams and others, were ordered for importation into the country in 2013, when Mrs. Stella Oduah, was the minister of aviation.

But Oduah was removed as minister before the containers could arrive the country, a situation that also truncated the proposed rehabilitation of the terminal building.

As at last December, at least 25 of the containers were at the Hajj and cargo terminal of the Lagos Airport, while investigations revealed that at least 70 containers containing the same materials imported into the country from China were still at the Tin Can Port in Lagos.

Following observation that a few of the containers at the airport have been vandalised by unknown persons, the Federal Airports Authority of Nigeria (FAAN) in 2017 set up a committee with a mandate to unveil the culprits.

Months after the committee was set up, nothing has been heard about the outcome of the investigation.

However, a correspondent of SaharaReporters observed during a visit to the Hajj and cargo terminal on Wednesday that more of the containers had been vandalised by yet unknown persons despite the arrays of security team within the area.

A further inquiry by our correspondent revealed that security operatives may be conniving with vandals to loot items in the containers.

A source close to the area said: “This is not the first time these containers would be vandalised by unknown persons. It is becoming an embarrassment because it is happening in the presence of security officers attached to this part of the airport.

“All the containers were imported into the country for the rehabilitation of the international wing of the Lagos Airport, but the project stopped the moment Oduah was unceremoniously removed by the government in 2013 after series of indictment.”

It would be recalled that the present Managing Director of FAAN, Mr. Saleh Dunoma was the Director of Projects when Oduah was a minister, and his office was responsible for the clearance of most of the equipment used for the controversial remodelling of airports across the country then.

Our correspondent learnt that the project was one of those handed over to President Muhammadu Buhari by the government of former President Goodluck Jonathan, but the new administration had showed little or no interest in some of the past projects, which led to its abandonment.