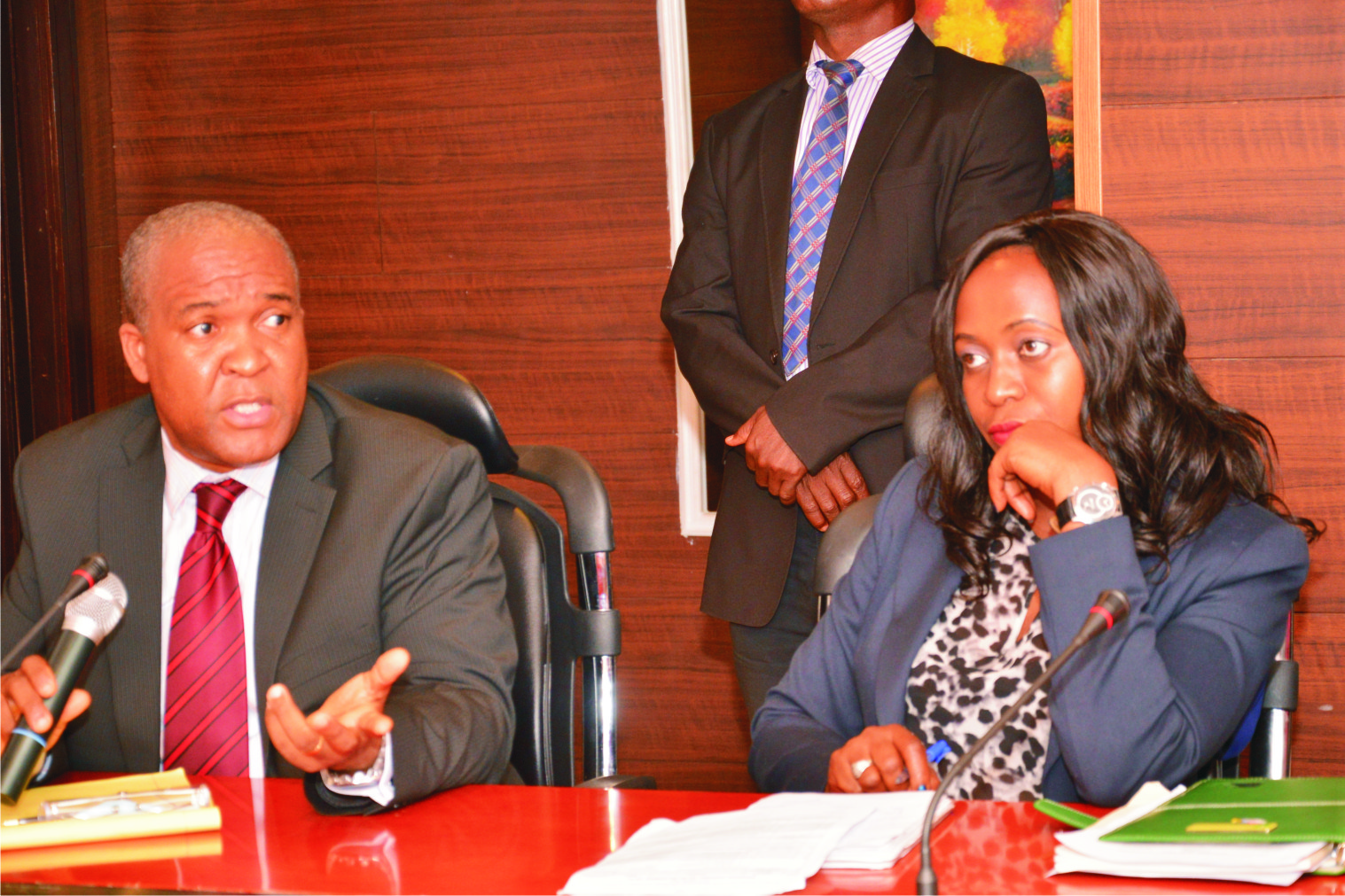 Mr. Ikechukwu Nweje (left) delivering his address at the retreat in Enugu… on Wednesday.

Nweje made the call at a retreat organised for the six SLOGOR states participating in the Public Financial Management (PFM) Reforms in Enugu on Wednesday.

The retreat is being organised by the Ministry of Budget and National Planning in collaboration with the World Bank and the European Union.

The theme of the three-day retreat is: “Assessing the Implementation of the PFM Reforms at the Sub-National Levels of Government’’.

Nweje noted that the obsolete financial laws made during the 60ts had been a cork in the wheel of progress for a robust, dynamic and progressive 21st century financial system meant for the better revenue collection and management.

He also said that there was a need for more awareness on recent financial governance laws so that executors and state chief executives should respect them to improve transparency and accountability in public financial management.

The task team leader, whose SLOGOR project had lasted for over three years, said that SLOGOR had tremendously improved the IGR of some states through following modern financial laws and procedures.

“Through SLOGOR, some states had increased their number of people in their tax and IGR drag-nets to include not only civil servants but the wealthy, traders and other people that engage in one business activity or the other.

“The SLOGOR project had made states subscribe to modern and practical financial integrity packages like Treasury Single Account (TSA) and other form of financial streamlining to check financial mismanagement, leakages and fraud.

“SLOGOR is also focusing on continuous advocacy and enlightenment to build the capacity of personnel of state IGR officers and for them to learn international and modern best practices,’’ he said.

In an address, Permanent Secretary, Ministry of Budget and National Planning, Mr Olajide Odewale, said that the choice of the theme for the retreat was to enable all stakeholders to critically assess the project and take stock of the implementation of its different components, particularly the PFM reforms.

Odewale, who was represented by the Director of Finance and Account, Mr Adetokunbo Adebanjo, noted that the success of the implementation of this component would no doubt enhance the achievement of the project development objectives, which is to improve transparency, accountability and quality in public financial management in the participating states.

“It is pertinent to point out that the SLOGOR project was not designed for the PFM alone, it is also expected to promote devolution of functions to Local Government Areas and strengthen project coordination. The commitment by the states is therefore, critical for the realization of the project objectives.

Earlier, the National Project Co-ordinator of SLOGOR, Mr S.O. Eloho, said that an effective PFM reforms at the state level would complement the efforts of the Federal Government, particularly in its fight against corruption and economic diversification.

“We appreciate the European Union for providing the resources under an implementation arrangement with the World Bank and to thank the World Bank for its commitment to the effective delivery of the project.

“It is also worthwhile to commend the efforts of the six beneficiary states for the progress made so far and to urge you to work harder to access the Performance Challenge Fund which is an incentive for performance,’’ Eloho said.