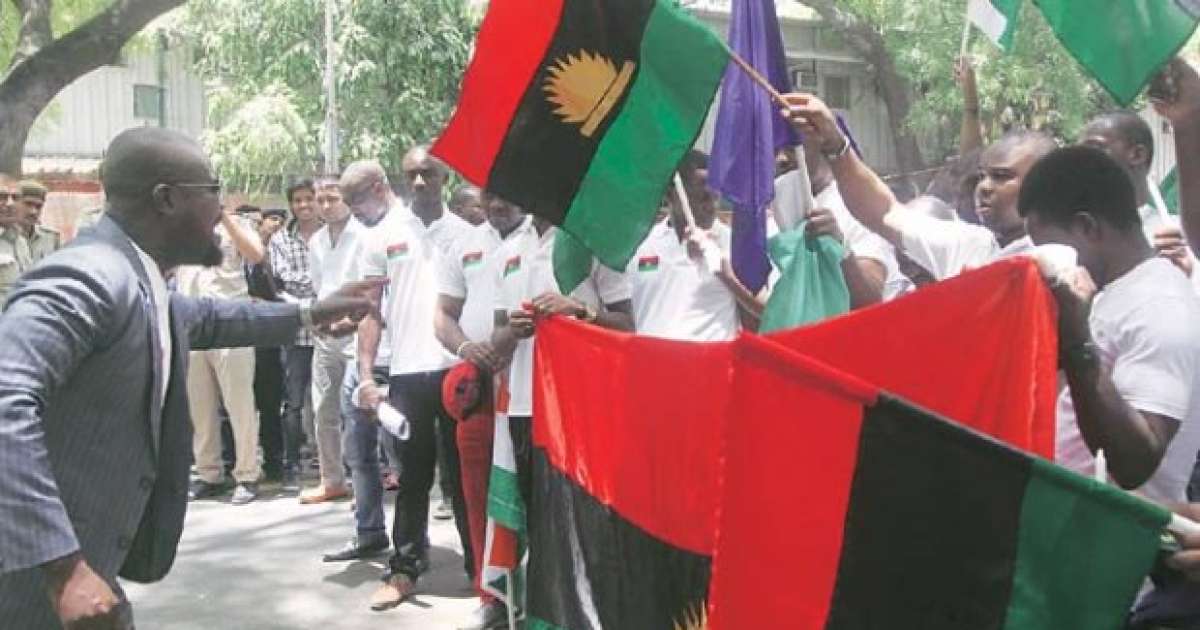 By Charles Onye, Abakaliki
Members of the Biafra Zionists Federation, (BZF), have vowed to go ahead with their planned declaration of Biafra on May 30.
This is also as the Zionists have faulted the call for referendum by the Indigenous People of Biafra, IPOB.
The group spoke this through its self-acclaimed President, Mr. Benjamin Onwuka.
Onwuka claimed that President Muhammadu Buhari has directed the security agencies to intimidate the pro-Biafrans.
He said that already, “fighter jets deployed for that purpose are hovering everywhere in Enugu State. The agenda is simple, to intimidate and instill fear in us and in our members.
“But, we want to make it clear that we cannot be intimidated; that era is gone. Should anything happen to any of our members on that day, all those involved will pay dearly for it.
“Nigeria is already in panic; Buhari is in serious fear. You can see them flying fighter jets all over; this is what is called intimidation. They have failed.
The BZF leader equally said his group was expecting “all Biafra to observe a public holiday on May 30.”
He boasted that “Nigeria will not escape independence of Biafra on May 30th, either way, whether they arrest us, they have dug their hole. If they don’t arrest us, the announcement will be made.
“Nigeria will not escape it because of the diplomatic support of the United States of America; we have their backing. We initiated Buhari’s visit to the White House; people don’t know what happened in the background.
While, shaking off fear for arrest, the pro-Biafra group leader said “they are already lining up arms against us, but we want to warn them that the US and Israel are watching. We are not armed with guns and matchets, we are armed with diplomatic support from US and Israel.
“If they arrest me, they will end up digging their graves. These fighter jets won’t in any way deter us. America is watching.“So, we are re-echoing our call on all Biafrans across the world to return home and be part of this history.
“We have made it very clear that nobody should sit at home. Today no movement, tomorrow, life returns, it has never worked. This is time for action. This is the time to let the world know that we are serious about Biafra. Come out, let America see you.”
On referendum, he noted that the process would never be in the advantage of Biafra owing to the veto powers of the 5 permanent members of the United Nations.
“Even before you open your mouth, Britain will veto it; they will support the Hausa-Fulani; once the Britain says no, the whole world will desert us,” he stated.
Human right, Slider