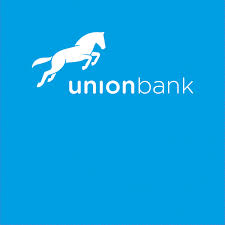 The legal hostility between a multinational Oil company, Petrocam Trading Nigeria Limited, and Union Bank of Nigeria Plc has taken a new twist as the company and its managing director, Mr. Patrick Ilo have filed an application before a Federal High Court in Lagos urging the presiding Judge, Rilwan Aikawa to refer the suit filed against them by Union Bank of Nigeria Plc to the Chief Judge of the court for reassignment to another judge of the court in the Lagos Division. The defendants have expressed their loss of confidence in the court in determining the matter without any form of bias.
Petrocam Trading Nigeria limited, its managing director, Mr. Patrick Ilo alongside South African counterpart, Petrocam Trading South Africa had earlier dragged Union Bank Plc before a Lagos State high court, urging the court to direct the bank to credit or reverse the wrongful debt on the Petrocam’s account maintained with the bank for the funding of the letter of credit totaling the sum of N6,704,918,533.71 arising from the bank’s breach of its duty to the company.
However, while the case is still pending, Union Bank filed another case before a Federal High Court in Lagos against the company and its managing director claiming the sum of N10,062,643,928.72, thereafter securing an order of the court freezing all the accounts of the company in all commercial banks.
Meanwhile, in the accompanying affidavit verifying the petition sworn to by Mr Patrick Ilo, and filed before the court by Mr. Gboyega Oyewole SAN the deponent averred that six orders were made against them freezing the account of Petrocam company and adjourned for seven weeks, while effectively shutting down all their business, the order destroyed all their goodwill and their business connections.
Mr Ilo averred further that, in spite of the potential harm the order may cause, no undertaken was given as to damages in the event that the orders ought to have been made.
Consequently, application was filed to discharge the order and follow with a letter of urgency, to the acting Chief Judge of the Federal High Court seeking his intervention in securing an early date, with the intervention of the acting Chief Judge, Justice Aikawa now fixed the hearing of the matter for 4th of May, 2018 at which date Union Bank counsel did not appear in court but wrote to the court that he has travelled to England for his 60th birthday celebration.

Ilo then urged the acting Chief Judge to use his good office to investigate this matter for appropriate action, to prevent reoccurrence.
When the matter was mentioned, Mr Oyewole SAN told the court that application has been filed for the judge to hands off from the matter or rather transfer the case file to the Chief Judge for re-assignment.
Union Bank counsel Chief Ajibola Aribisala SAN, in his response told the court that they are still within time to respond.
Consequently, Justice Aikawa adjourned till 22nd of June, 2018 for the application to be heard.