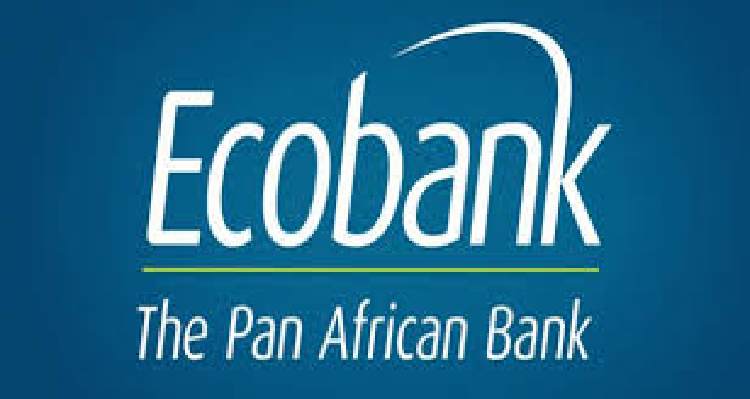 Consequent upon the directive of Justice Ayotunde Faji of the Federal High
Court, Lagos asking Ecobank Nigeria Limited to bring to court all his
witnesses  in its  legal tussle with the Horneywell Group of Companies
Limited over an  alleged N5.5 billion indebtedness, the Chairman of the
conglomerate, Oba Otudeko may appear in court tomorrow, 15th January to
give evidence in the suit.

When the matter came up for hearing on Friday last week, first plaintiff witness Oluwakemi Olanrewaju Owasanoye, Head of Treasury and Finance to HornyWell Group of Companies while under cross examination from  Mr. Divine Agbua , Ecobank Plc counsel, told Justice  Faji that by an agreement dated July 22, 2013,  the company at a meeting with the then Oceanic Bank Limited agreed to merge all the indebtedness of the company’s three subsidiaries and put the total indebtedness at N3.5 billion.

Owasanoye added that part of the agreement was that N500 million of the
debt must be paid immediately, while the balance of N3 billion must be paid
before the exit of the Central Bank of Nigeria,( CBN) Examiners from the bank.The witness said Honeywell Group complied with the agreement by paying N500 million same day, July 22, 2013 and also ensured the payment of the balance of N3 billion before the exit of the CBN Examiners from the bank.

The witness said  the bank in its reply to the letter did not say anything
contrary.

The witness added that the company was surprised when after a year,  the
bank came up via a letter to make further demand of the alleged
indebtedness which had been fully liquidated.

Owasanoye under cross examination confirmed that the whole money was paid in four installments of  N500 million, N850 million, N1 billion, N1.5
billion and that all the money was paid before the  exit of the CBN
Examiners in line with the terms of agreement.

She added that when the dispute arose the matter was referred to the
Bankers’ Committee consisting of bank managing directors, representatives of the CBN and the Nigeria Deposit Insurance Corporation, NDIC and that the matter was resolved in favour of Honeywell.

In his own testimony, Ecobank witness,  Mr Elemi Gabor, Head Corporate
Communication of the bank while being cross examined by Honeywell lawyer, Mr Olabode  Olanipekun, SAN, insisted that the agreement for the payment was for a two term payment only.

He said the agreement stipulates that N500 million must be paid that same
day and the balance immediately.

However, when asked about the time the first tranche of N500 million was
paid, the witness said on the same day July 22, 2013, but with a letter.

When  further asked about the importance of the exit of CBN Examiners to
the terms of payment as contained in the terms of agreement, Agbor said ” I
don’t know if payments were tied to the exit of the CBN Examiners”
When asked to show where in his statement on oath it was stated that the
payment must be made twice, the witness said ” I can’t find it” .
Meanwhile, Justice Ayotunde Faji has adjourned further hearing in the
matter till 15th and 17th January, 2019, he also directed counsel to bring
all  their witnesses on the next adjourned date reminding them of the order
of accelerated hearing made by the Supreme Court of Nigeria.

Legal hostility  over the disputed N5.5 billion  debt commenced afresh  on
Thursday before Justice Ayotunde Faji following the elevation of the
former trial judge, Justice Mohammed Idris  to the Court of Appeal.

It would be recalled that at the last hearing of the matter before the
former trial judge, Justice Idris (now Appeal Court Judge) the judge adjourned the matter indefinitely following an interlocutory  appeal filed by Ecobank PLC challenging his refusal to recuse himself from hearing the matter.

However, when the matter resumed on Thursday, both parties agreed to adopt all exhibits and statements on oath earlier tendered in the matter before the former trial judge, (Justice Idris) and the court consequently
consented to the agreement.

Upon the consent of both parties, the first plaintiff’s witness, Oluwakemi
Olanrewaju Owasonoye, Head of Treasury/Finance of Honeywell Group of
Companies, who was led in evidence by Honeywell’s lawyer, Mr. Olabode
Olanipekun (SAN),  was subsequently asked to enter the witness box so as to
adopt her earlier statements on oath, which she did.

Following the plaintiff’s witness adoption of her  statements on oath,
lawyer to Ecobank Plc, Mr. Divine Agbua informed the court of a pending
motion to call additional witness dated March 7, 2018, this was moved and
subsequently granted by the trial judge.

Ecobank Plc’s lawyer also sought for an adjournment till Friday, to
cross-examined the plaintiff’s witness.

This matter was subsequently adjourned till Friday for further hearing.

The suit which was filed by Honeywell Flour Mills Plc, and its sister
company – Anchorage Leisures Ltd against Ecobank Nigeria Limited is urging the court to hold that they are not indebted to Ecobank.

However, Ecobank Plc is claiming that Honeywell and its sister companies
are indebted to it in the said sum, by refusing to  comply strictly with
the terms of agreement dated July 22, 2013 by which all the company”s
indebtedness were merged and the company asked to pay a concessionary sum of N 3.5 billion.