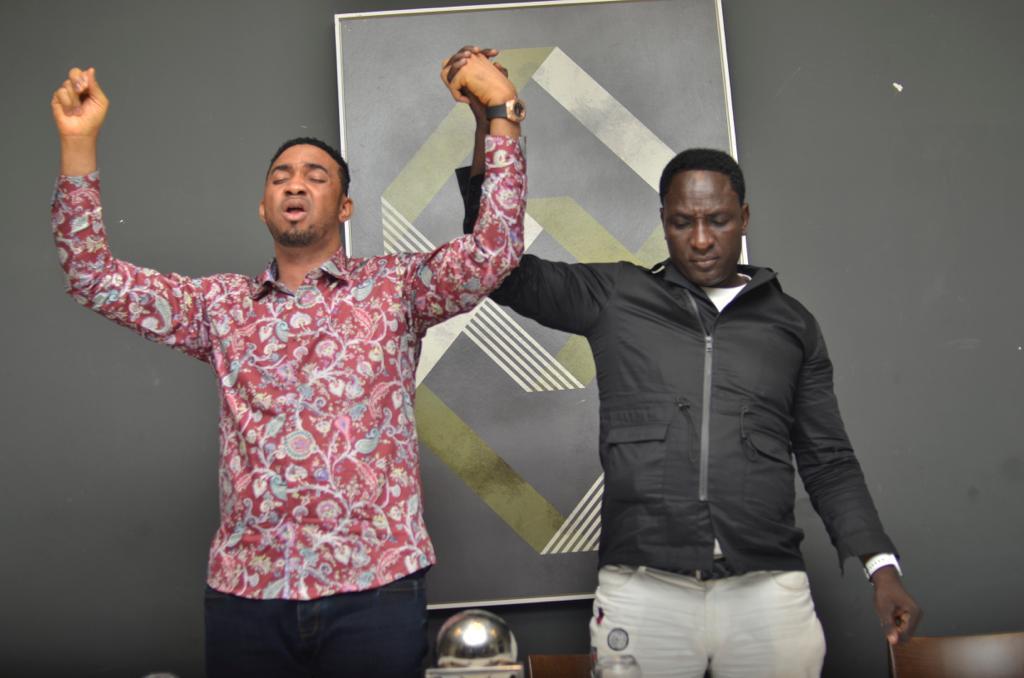 Three Christian clerics, Senior Prophet Jeremiah Omoto Fufeyin of the Christ Mercy Land Deliverance Ministry, Warri, Delta State, Dr. Chris Okafor of the Liberation Ministry, Lagos and Apostle John Suleiman of the Omega Fire Ministry, Auchi, Edo State, have jointly intervened and canceled all the evil plans of the darkness to truncate the forthcoming general elections and therefore urged Nigerians to pray fervently for peace to reign before, during and after the presidential, National Assembly, governorship and state Assembly elections in the country.

The three men  made the call at an all-night  joint-prayer-session for the nation in Lagos on Sunday night where they admonished Christians and other  Nigerians  to pray for peace to reign during and after the elections, adding that all the gladiators are brothers and Nigerians and that when we all leave in peace, the country would be better for it.

They further counseled that the preoccupation of the people at this period in time  is to pray to God and ask Him to chose the right leaders for Nigeria,
leaders who will have the interest of the masses at heart.

They further stated  that Nigeria is the only country we have  adding that
we should try at all time to pray for peace to reign in the land.

During  the joint prayer session , the clergymen prayed against the plans
of those who might be plotting to cause crisis and bloodshed in the
country, asking God to expose them before their plots could come to reality.

“There must be no bloodshed, no confusion or commotion in the land, Nigeria must be great during and after the election”, they declared.

“We pray that whatever the enemy has planned for the country, God should not allow it to come to pass. There should be no bloodshed in the country, the peace of God should reign” they said.

Quoting the Bible at Matthew Chapter 8: 18 they decreed: “We do not want bloodshed, we want the best for this country. As we know that the spiritual controls the physical, we are here to pray for this country so that there will not be bloodshed during the elections so that the peace of God that passes all human understanding will prevail before, during and after the elections”.