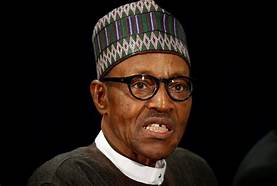 The Senate resolution on the leadership crisis bedeviling the Niger Delta Development Commission (NDDC) offers the country hope of a new beginning for the beleaguered agency. At its sittings last week Senate President Ahmed Lawan, while directing the committee on NDDC to scrutinize the commission’s budget, insisted that the budget must not be defended by the interim management committee (IMC) set up by the Niger Delta Affairs minister, Godswill Akpabio.

In his words: “As far as we are concerned, this Senate knows that we have confirmed the request of Mr. President for the board membership of the NDDC and we have communicated that and the next logical thing to do by law is for the appointments of the members of the board to take immediate effect. I believe that the executive arm of government will attend to that quickly so that we have the right people to come and defend the appropriation request of Mr. President.”

The Senate had on November 5 confirmed 15 of the 16 nominees sent by President Muhammadu Buhari for the NDDC Governing Board, but the board has been in limbo. Rather, the IMC hastily appointed by Akpabio has been holding sway in the commission. This has created tension in the region, with stakeholders insisting that the board be inaugurated to manage the NDDC.

The Senate resolution is backed by various stakeholders in the region including the Ijaw Youth Council, which has hailed it as right, just and in line with the demands of the people. The Senate has given the NDDC committee two weeks to scrutinize the budget during which only the confirmed board members will go forward to defend.

The Senate decision on this issue speaks to the provisions of the NDDC act, which is unambiguous as to how the commission should be run. The issues at stake here are isuues of law, due process, integrity and order. While the case may be made that the President is head of the executive branch and all ministries, departments and agencies are under this branch and confers on him certain rights and privileges to appoint persons to office in whatever capacity, it does not confer such powers as for the president to disobey or override the laws setting up state institutions. Certainly, that cannot be the spirit of the constitution. Else, why should agencies of government have dedicated laws governing their operations? It is important that we do not allow our narrow interests override the weightier issues of law and due process, the twin pillars on which any society that lays claim to equity, law and social justice is built.

The Ninth National Assembly (NASS) has shown itself to be very cooperative with the executive, to the extent of being the butt of jokes in some quarters. This partnership has been praised by President Buhari as necessary to achieve his Next Level goals. Already, the Lawan – led NASS has passed some critical fiscal bills of the executive in record time such as the Finance Bill. It has set a timetable to pass the 2019 National Budget before the year runs out.

From a planning perspective that is impressive, and not a few Nigerians would applaud the sense of duty that this NASS has brought to its assignment. Yet, with duty comes responsibility. The Senate hearkened to the president’s request to screen NDDC governing board of directors only for that board to be disregarded and sidelined on the machinations of a minister. There is no disregard more hurting for the integrity of the Senate and by extension the NASS. This, apparently, in addition to the fundamental issues of law and due process, is what is behind the Senate’s resolution. President Buhari must have this in mind as he considers his options on the NDDC debacle.

President Buhari owes Nigerians a duty to uphold the oath on which he holds office which, among others include the following expression, clearly stated in the seventh schedule of the 1999 Constitution: “That in all circumstances, I will do right to all manner of people, according to law, without fear or favour, affection or ill-will.”

If the case now is how to provide them alternative jobs, the APC has room to engage Joi Nunieh and her IMC colleagues, which is what the government should do, but to turn the management of a major state institution into the equivalent of a rat race does not do justice to our laws, the image of the president or the government in power, it simply indicates a rudderlessness, which the APC can do without.

It is apposite to remind the president and the ruling party of the poignant words of the first lady that things are getting out of hand. At the Nigerian Supreme Council for Islamic Affairs (NSCIA) event in Abuja last week, Mrs Aisha Buhari said that political actors are behaving badly. She made clear that there was a sense of disorder and everyone should do the needful to keep this country on the right course. This applies also to the NDDC and the Niger Delta region. Several influential groups are in the wings counselling for the right thing to be done at the NDDC with regards to the new board. As the live wire of our economy, we do not need contrived crises that can only be disastrous for oil industry operations. The buck stops on the president’s desk! He should uphold the law, order a due process in this matter of the NDDC leadership crisis by directing that the board resume work without delay.