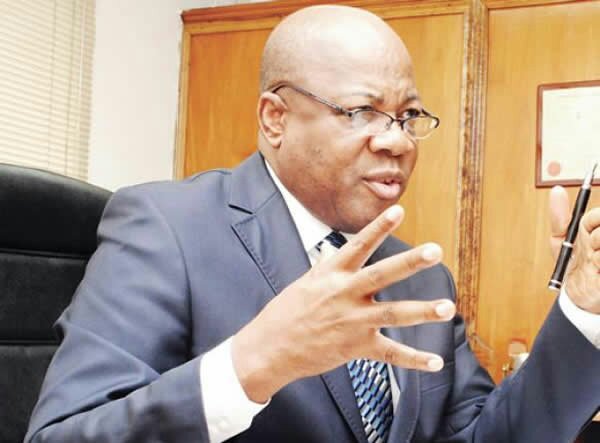 Nigeria is a country of so many ethnic nationalities and so has been striving to evolve a workable framework that harmonises the often conflicting interests of these nationalities. As a result of our large population and territory, the most effective political system is federalism because it enables us to have diverse ways of organising ourselves. Many people say the 1963 Republican Constitution was the best ever because it allowed the different regions to express themselves.  The South West produced cocoa, the North groundnut and the East palm oil. There was space for each region. But today people criticise strong unitary federalism because it forces the component units under a strong centre and so most people feel returning to the 1963 Constitution is better and therefore restructuring has become a big issue. But restructuring has challenges because it has to be nationally accepted but has not. The issue is whether to look for other models? Restructuring is like sitting atop a 10 story building which we will eventually get to. But we have to come from the ground floor up.  This is why I have proposed Cooperative Federalism for consideration. Of course, there are many other models of Federalism.

George Anderson, in his book “Federalism: An Introduction”, has identified some of the models. There are dualist and integrated models of Federalism. The dualist model typically assigns different jurisdictions to each order of government, which then delivers and administers its own programmes. The integrated model provides for many shared competences and the constituent – unit governments often administer centrally legislated programs or laws. Under the dualist, or classical, model of federalism, constitutional jurisdiction over different subjects is usually assigned exclusively to one order of government. In this model, each order of government normally delivers programmes in its area of responsibility, using its civil service and departments; the federal government’s departments are thus present throughout the country. In practice, the dualist model does not achieve a neat separation of powers because so many issues have regional, national, even international dimensions and many different responsibilities of governments are themselves intertwined. In all dualist constitutions, there are some shared or concurrent powers in which both orders of government can make laws. Canada and Belgium have few concurrent powers, while Australia has very extensive concurrency. Where powers are concurrent, federal law is generally, but not always, paramount, meaning it prevails in cases of conflict. Also, there can be de facto concurrency when both orders of government have different powers that bear on a question: this is a kind of shared power and typically it does not involve paramountcy. For example, in old constitutions, the environment is not usually a head of power, but both orders of government may have different legal powers that permit them to regulate the environmental impacts of a major infrastructure project, so it can proceed only if they both agree.

Under the integrated (or interlocking) model of federalism, exemplified by Germany, some subject matters are exclusively assigned to one order of government (e.g. defence to the federal government), but most subject matters are concurrent, where the central government sets framework legislation that the constituent units can complement (but not contravene) with their own legislation. As well, the governments of the constituent units deliver programmes in these concurrent areas. Thus the central government has a small civil service in the regions, largely limited to its areas of exclusive competence. This model is also sometimes called administrative federalism because the principal powers of the constituent units are administrative. A great challenge in this model is restricting the detail of central policy-making to leave room for decisions and laws at the level of constituent units. The German model also provides for joint decision making affecting these areas of concurrency, in that relevant federal laws must be approved by a majority vote of the representatives of the Lander in the Bundesrat.  South Africa has adopted aspects of this model. Canada, Brazil and the United States are examples of largely dualist federations; Germany, Austria, South Africa, and Spain follow the interlocking model. India and Switzerland have strong features of both. Australia is largely dualist in administrative arrangements but has so many areas of concurrency that it has some strongly interlocking features.

What these models illustrate is that no federation is purely of one form.  The purpose of a federation is for the different power centres Federal and States to cooperate. In our case, as it relates to Cooperative Federalism, States and the Federal Government can work together for economic development.  Infrastructure and solid minerals development readily come to mind. Based on the principle of subsidiarity in Federalism which is incorporating the government closest to the people, infrastructure can be commonly developed, for instance, the East-West High Way that has been uncompleted because responsibility excludes relevant state governments but under the principle of subsidiarity including state governments improves implementation and also ownership. States with solid minerals can have cooperative federalism with the federal government to explore their solid minerals. Ondo state has one of the world’s richest bitumen; Enugu has one of the world’s richest reserve of coal, Ebonyi has one of the best salt mines valued at about N14 billion. What stops states from cooperating with the federal government to harness minerals?  Look at police, in the Constitution under the National Police Council, all the 36 state governors play a role in picking the Inspector General of Police but the states have never requested that the President summon a meeting of the Police Council since 1998 yet they complain. Actually, under the current Constitution under both the exclusive and concurrent list schemes of cooperation exist but it has not been harnessed, for example, states can build power stations and there are several other schemes. So rather than looking to restructuring which is distant, it is good to look at what is in the 1999 Constitution because that cooperation will allow development. This in no way derogates from Restructuring. It simply means we all have to work towards attaining the goal of restructuring but we can have Cooperative Federalism to deepen the process of democracy.

Dr. Agbakoba is a Senior Advocate of Nigeria (SAN), and a former president of the Nigerian Bar Association (NBA).